“Forgive Them” – the Last Words of a Syrian Girl.

PrevAfghanistan – One of the Most Dangerous Places in the World to be Born a Woman.
NextSaudi Church Growing Despite Ongoing Persecution.
Pei Pei Khor

A 12-year-old Christian girl who was burnt to death in her home by ISIL urged her family to forgive them with her dying breath. 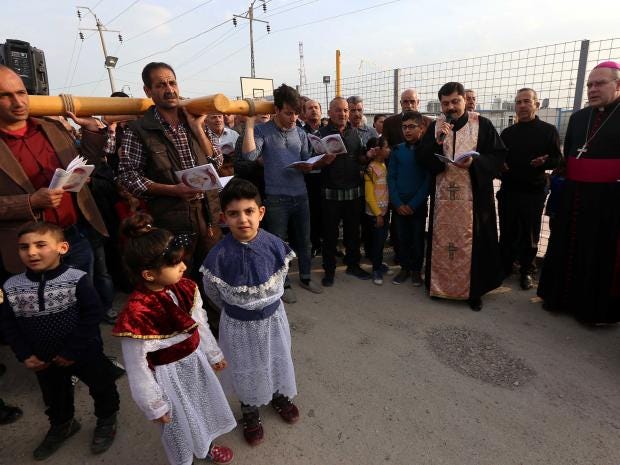 The girl’s mother has described how ISIL fighters set fire to the family home in Mosul, northern Iraq, after they failed to pay a religious tax on time.

The tax, known as the Jaziya, is imposed on all non-Muslims in ISIL controlled territories and is calculated according to their estimated net worth.

The unnamed mother described how “foreign” ISIL fighters arrived at her door and told her she had two choices, either “you are to leave now or you are to pay the Jaziya”.

According to human rights advocate, Jacqueline Issac, the mother told the men she would pay, but asked for a “few seconds” as her daughter was in the shower.

The jihadis reportedly refused to wait and immediately lit the house with a torch.

Both the mother and her daughter managed to escape the burning house, but the child died from her burns a few hours later.

Jacqueline Issac told the Daily Express: “The daughter had fourth degree burns and the mother took her daughter, scrambling, doing anything to save her. She rushed her to the hospital and her daughter died in her arms.

“The last thing her daughter said to her mother was: ‘Forgive them’.”

According to a report in the Daily Telegraph, Iraqi Christian leaders estimate the total number of Chaldean Catholics, Syrian Orthodox and members of the eastern Assyrian church – the main Christian denominations in Syria – has declined from 1.3 million people 20 years ago to just 400,000 today.