A Burning need for the word of God in China 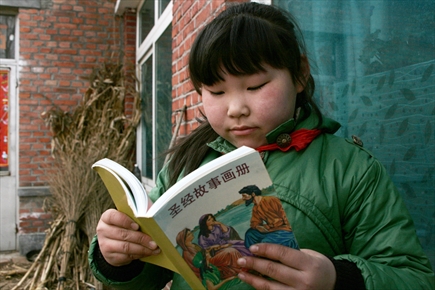 Muslim-background believers (MBBs) and Buddhist-background believers (BBBs), notably Tibetan believers, are found to be the most persecuted  Christian groups in China. Open Doors has shifted focus towards serving  them. Chinese official statistics stated that there are around 6.4  million Tibetans and over 20 million Muslim populations in China. One of  the burning needs that MBB leaders and BBB leaders shared with us is  Bibles, not Mandarin ones which people can easily access online or in  government-registered churches, but Bibles in minority languages such as  Uyghur, Kazakh, Tibetan, etc.

Many MBBs and BBBs are surviving under the radar of the Chinese authorities. Muslims and Tibetans in  China have their own languages, and many of them can’t speak Mandarin, which is the most common language used in China. Additionally, there is a significant need for audio and video presentations of the gospel, as many of these believers are illiterate. Although China has  experienced rapid economic growth and urbanization, most of the areas that BBBs and MBBs live in are remote areas far from the coastal  regions.

To translate the Bible into those languages requires a lot of spiritual and financial resources. It also requires careful planning on how to safely bring the Bibles to BBBs and MBBs in China.

Since early 2017,  increasing security control and restrictions have been enforced in Xinjiang. This aims to control potential extreme Muslim activities and avoid conflicts between Muslims and Christians. Heavily armed police forces guard every street, day and night. Checking of people’s bags and even cell phones are frequent in public areas. Hence, delivery of Christian books and electronic materials would be easily discovered and risky.

Open Doors joined a partnership with a couple of overseas groups in translating the Old Testament into the Tibetan language, which is a huge project, requiring long-term commitment. To test the quality of the Old Testament in the Tibetan language among Tibetan believers, we plan to publish a few books in a year or two. Because many Tibetans are illiterate, an audio Bible  (New Testament) in three major Tibetan dialects, namely Khams, Amdo and Central Lhasa, is being developed.

1.  The Lord would protect MBBs, BBBs and co-workers serving them when they meet with each other to develop and deliver Christian materials.

2. MBBs and BBBs would continue be faithful to the Lord and live a life that’s worthy of His calling.