A climate of growing instability: persecution of Christians in Turkey 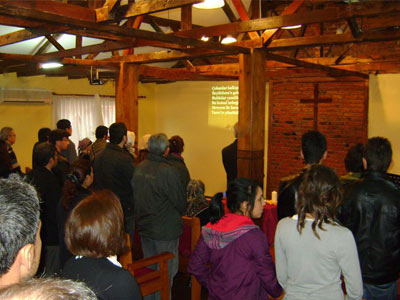 A recent report on Turkey by the European Commission has highlighted the ongoing persecution of Christians in 2016, stating that, “Hate speech and hate crimes against Christians and Jews continued to be repeatedly reported.” Typical incidents recorded by churches include Islamic anti-Christian posters and graffiti being deliberately placed near church buildings, anonymous threats sent by text and email to church pastors, as well as physical attacks. In many cases, no official action is taken by police, despite crimes being reported.

Since the apparent attempted coup in July 2016, the Turkish government has cracked down on Christian activity, citing national security concerns. Last month, the pastor of a church in Izmir was arrested for “threatening national security” and several foreign nationals involved in Christian ministry have recently had residence permits rescinded; Turkish police have openly stated that the activities of Christian missionaries are now regarded as a security threat.

The tiny Christian minority in Turkey now live in a climate of growing instability. Earlier this year, the Islamic call to prayer was recited inside the Hagia Sophia in Istanbul for the first time in 85 years; originally a Byzantine church, the Hagia Sophia was later converted into a mosque before officially becoming a museum, but there are growing demands from Islamists, supported by President Erdogan, to permanently resume Muslim worship inside the building.

In April, the government seized six church buildings in south-east Turkey and Christians continue to be discriminated against in legal cases over property, a fact highlighted by the European Commission’s report: “Court cases on property restitution continued, including on ownership of the land on which the Syriac Orthodox Mor Gabriel Monastery is built … Latin Catholic churches still have neither legal personality nor foundation status, making it impossible for them to register property or seek restitution.”

Christians in Turkey face hatred, threats and physical violence in a context of increasing political repression and government-sponsored Islamisation; the church in Turkey needs your prayers.

• Pray for a radical change in deep-seated prejudices and biases against Christianity.

• Pray for wise leadership to peacefully navigate tensions between nationalists and radical Islamists.

• Pray for the Gospel to advance in power amid increased hostilities and persecution.