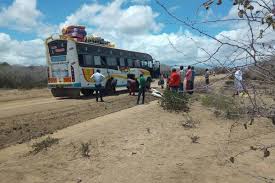 09/17/2018 Kenya (International Christian Concern) – Al-Shabaab continues to be one of the biggest threats to Kenyan Christians lives. The Somali Based terror group rose to power around 2006, when another group splintered. Since this time, they have become one of the strongest and most active terrorist groups in the world alongside ISIS and Boko Haram. Their aim is to create a caliphate in Eastern Africa that would enforce their extremist views and penalties on all people.

However, they truly become a threat to Kenya after Kenya joined the African Union Mission in Somalia(AMISOM), which had built a coalition aimed at destroying al-Shabaab. The terrorist group then decided that it need to attack Kenya on its homefront. This was meant to deter the Kenyan governments ability and desire to continue fighting in Somalia. However, al-Shabaab’s main target in Kenya have not only been military and government personnel, but also Christian citizens. They have on a number of occasions picked Christians out of groups and executed them in front of the others there. This happened in 2014 at Garissa University where more than 130 Christians were slain. It also happens regularly in Lamu and Mandera counties.

It has just recently happened again as well. Last Friday, Sept 14, seven al-Shabaab terrosists stopped a bus heading to Garrissa. They made the passengers get off of the bus and then forced them to show their identification cards. This is done because Christians and Islamic names are often very evident in countries like Kenya. They then separated three individuals that they believed were not muslims. They forced them to recite the Islamic Shahada, which is the Islamic statement of Faith. When two of the people could not recite it, they were tied and executed on the spot.

ICC is following up with the families of these two martyrs. This groups intense hatred and violence has caused massive pain for many families and friends of Christians like these two. The Kenyan and Somali Governments must continue to work to end the horrible atrocities that this evil organization commits and protect the lives of Christians in Kenya.