At Christmas, a time of heightened danger for many Christians, we stand prayerfully with our Persecuted family 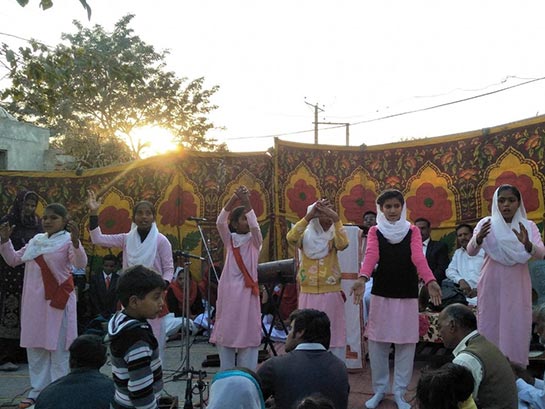 Many believers will risk their safety to meet together as the threat of violent attacks on Christians heightens over Christmas and New Year.

On 17 December 2017, Islamic State terrorists attacked a pre-Christmas service at Bethel Memorial Methodist Church in Quetta, Pakistan, killing nine and leaving more than 50 Christians injured. The previous Christmas, an Egyptian Christian couple, Gamal Sami, 60, and his wife Nadia, 48, were stabbed to death in their bed by two Muslim men in the village of Tukh Dalakah.

Despite the dangers, Christians in places of persecution will meet to rejoice that a Saviour was born in Bethlehem.

Two millennia ago, Jesus the Christ, the true light that gives light to everyone was coming into the world (John 1:9). This week, we join with our brothers and sisters all around the globe who are celebrating the glorious first Advent of our Lord and Redeemer.

In Pakistan our Christian family are singing hymns of praise on the streets, despite facing daily discrimination for openly owning Christ’s Name and often violence too. We report today on two Pakistani Christian brothers sentenced to death for “blasphemy” last week. Qasir and Amoon have been in jail since 2014 and may have a long legal battle ahead of them before they are released.

We pray they will not wait as long on death row as Aasia Bibi who was in prison for nearly nine years, often in solitary confinement, until her acquittal in October 2018 – she has yet to be allowed to leave the country.

Yet in the UK and other Western countries, where we still enjoy considerable religious freedoms, Christianity is less visible and being steadily marginalised by an aggressively secular agenda. Equal treatment for Christians seems the least of priorities for Police Scotland, who responded this week to Barnabas Fund’s complaint about their anti-Christian “hate crime” poster campaign, which upset so many believers, simply saying there was no offence to answer for.

Jesus told His disciples blessed are you when people insult, persecute, or falsely speak evil “because of me” (Matthew 5:11). As we enter into the season of celebrating Christ’s first coming – Himself entering the world as one of a people facing marginalisation and discrimination under an occupying power – we stand prayerfully and joyously alongside our suffering brothers and sisters who face persecution for His Name’s sake.

Let us join together as the Body of Christ this Christmas to pray for the safety of our persecuted family and celebrate Emmanuel – God with us!