At least 37 people have been killed and 181 wounded in two suicide bomb attacks in a residential area of the Lebanese capital, Beirut. 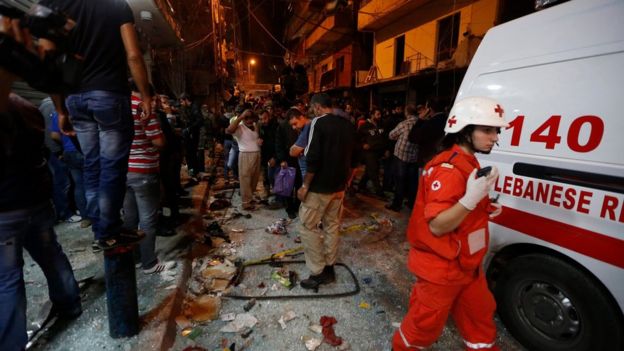 The bombers blew themselves up in a busy street in the southern suburb of Burj al-Barajneh, a stronghold of the Shia Islamist Hezbollah movement.

It is the deadliest bombing in Beirut since the civil war ended 25 years ago, and ISIL has claimed responsibility.

Prime Minister Tammam Salam condemned the attacks as “unjustifiable” and called on Lebanon’s rival factions to unite against “plans to create strife”.

However, according to Reuters news agency, Hezbollah has vowed to continue its fight against “terrorists”, warning of a “long war” against its enemies.

In recent weeks, Hezbollah has sent reinforcements to Syria in support of government offensives in northern areas held by rebel forces or ISIL.

BBC Arab affairs analyst Sebastian Usher says it is no surprise that ISIL has claimed these bombings, but the ferocity of the attack will reawaken the spectre of Lebanon’s 15-year civil war.

He adds that, so far, the country – locked in political stalemate and with a crisis over uncollected rubbish  – has managed to hold onto its fragile stability.