Brunei government signs off on next stage of sharia 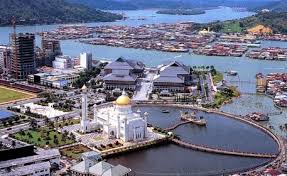 Brunei is set to roll out the next stage of the implementation of full Sharia law, after the Islamic Religious Council and Sultan Hassanal Bolkiah signed off the measure on 10 March 2018.

In 2014, the Brunei government announced the phased introduction of a penal code based on sharia law, which will eventually include hudud penalties, such as amputation and death by stoning and potentially the death penalty for apostasy.

Implementation of the second phase was delayed, but now appears to be going ahead, despite international pressure and criticism from Brunei citizens on social media.

Christians comprise around ten percent of the population of the oil-rich state on the island of Borneo, where there are already tight restrictions on the teaching of Christianity.

John 1:14- The Word became flesh and made his dwelling among us. We have seen his glory, the glory of the one and only Son, who came from the Father, full of grace and truth.