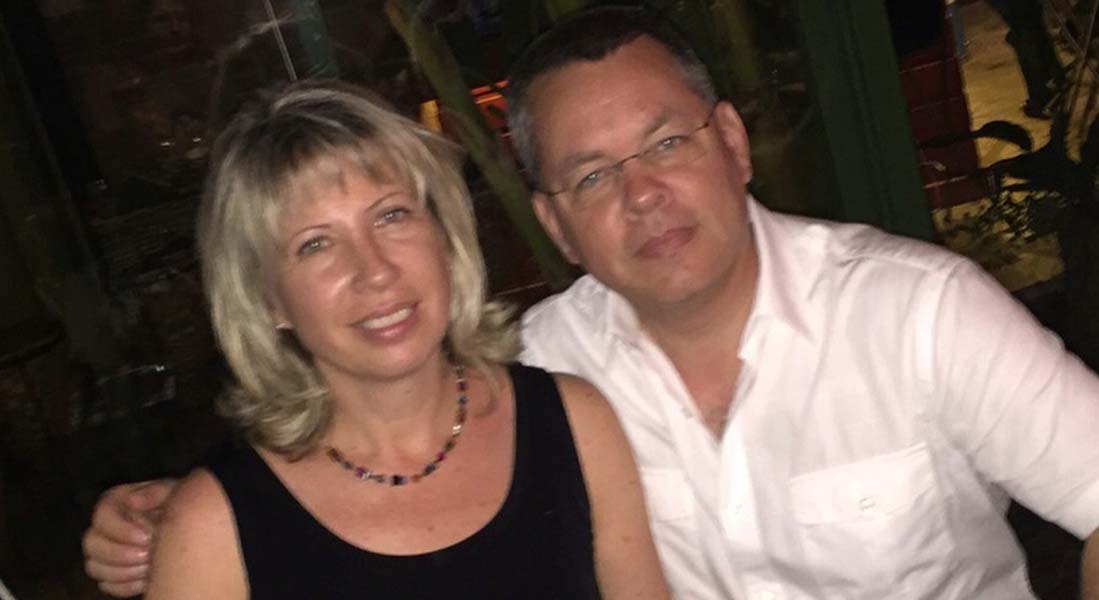 Imprisoned U.S. pastor Andrew Brunson is set to stand trial before a Turkish criminal court on Monday, April 16 on espionage- and terrorism-related charges that could imprison him for up to 35 years, essentially putting him behind bars for life in Turkey .

Seventeen months after Brunson’s arrest in the port city of Izmir, a formal indictment accepted by the Izmir 2nd Criminal Court has been released to Brunson and his lawyer–but only after the 62-page document was leaked illegally to the Turkish media.

According to Brunson’s lawyer, Ismail Cem Halavurt, “leaking of the indictment before the parties have seen it amounts to a “violation of confidentiality.”

Halavurt now has less than a month before the trial hearings open to examine the prosecution’s legal file of its investigations. The entire set of documents has been kept sealed until now, with Turkish prosecutors saying they have evidence supporting the indictment’s claims against Brunson.

The Turkish indictment accuses Brunson of links with both of Turkey’s most prominent terrorist organizations: the FETO network of Islamic cleric Fethullah Gülen, which is accused of orchestrating the July 2016 attempted coup; and the outlawed Kurdistan Workers Party (PKK), leading a 35-year armed separatist struggle against the Turkish state.

The accusations against the pastor rest heavily on the testimony of several “secret” witnesses interrogated by the prosecution. One witness claimed Brunson had met frequently with a local leader of the FETO network. In questioning by the prosecutors, the pastor denied knowing or ever meeting the named individual and said he had never “knowingly or willingly” met with any FETO member.

AN ‘ECLIPSE OF REASON’

Once Brunson’s indictment was made public last week, Tufan commented in an Al-Monitor interview: “This is an eclipse of reason. To claim that Andrew was a FETO executive and sought to destroy this country is like an insult and offense to reason. Who would believe such a thing? He has spent an important part of his life trying to stay in this country, telling about Jesus in all his sermons and works.How could such a person be the member or the executive of an Islamic order?”

Turkish President Recep Tayyip Erdoğan declared openly last September that he was willing to exchange Brunson for Fethullah Gülen, the Turkish Muslim cleric living in exile in the United States, who Ankara accused of masterminding the failed coup. This January, Erdoğan went on to state that he would refuse to extradite any jailed “suspects” to the United States until Washington hands over Gülen.

From his prison cell in Izmir, Brunson recently wrote: “Let it be clear. I am in prison not for anything I have done wrong, but because of who I am – a Christian pastor. I desperately miss my wife and children. Yet I believe this to be true: it is an honor to suffer for Jesus Christ, as many have before me. My deepest thanks for all those around the world who are standing with me and praying for me.”