Prev‘Children they are, not slaves’.
NextHumanitarian Crisis Looming in Syria. 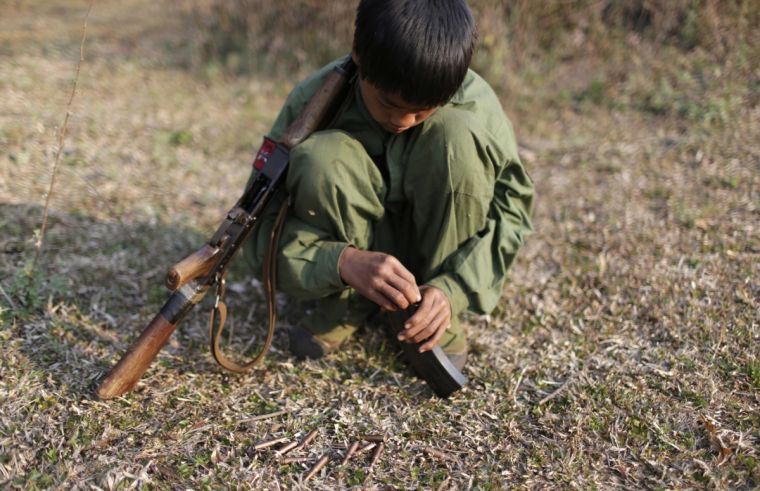 Sunday, 12th February, marked Red Hand Day, also known as the International Day against the Use of Child Soldiers, and the charity World Vision used the day to urge the UK government to make protection for the world’s 250,000 child soldiers a priority.

According to UN reports, 59 armed groups and armies from at least 14 countries recruit, kill, injure, rape or abduct children, with an estimated 250,000 children currently active in global conflicts.

Positively, the UK Mission to the UN in New York projected that over 115,000 children have been freed from armed groups since 2000.

Erica Hall, Senior Policy Adviser at World Vision UK, praised the UK government’s recognition of the problem, but said that more needed to be done.

‘Without political will and coordination across Whitehall and the various corridors of power across the world, thousands of child soldiers, some as young as seven, will continue to be abused, tortured, raped and die in armed conflicts around the world.’

World Vision shared the story of Malaika (name changed), a former child soldier in the Democratic Republic of Congo. Malaika lost her mother while she was young, and at age 7 was kidnapped by Mai-Mai rebels. She was ‘married’ to a rebel who violated and abused her, making her his slave. Other young men would abuse her too.

Another child, Francis, was one of tens of thousands of children in the DRC to be targeted as a child soldier. He was recruited at age 13, and by the time he was 14 he had killed four children and one adult. He was able to escape a few months later.

World Vision used the Red Hand Day to  highlight the plight of children such as Malaika and Francis, as well as those caught up in conflicts in Myanmar.

Psalm 82 vs 4: “Rescue the weak and the needy; deliver them from the hand of the wicked.’”