Can Vietnam have Religious Freedom

Vietnam is a country steeped in communist tradition. In an effort to remain relevant in a rapidly changing world, they are seeking to present themselves as a progressive country. But with communism, comes the inability to move beyond some practices frowned upon by most of the world

Tim Muret of Open Doors USA says Vietnam is trying to keep the focus on the one common interest of every country: money. “That’s sort of the message the government pushes out there, that the quality of living is on the rise, people are coming out of poverty, there’s a strong workforce,” says Muret. 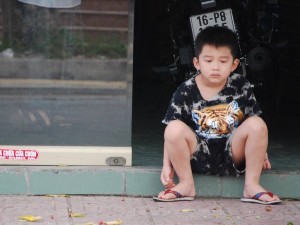 While this may be true, the issue of freedom of religion is only vaguely being discussed. While there are rumours and even claims by the government for law reform regarding religions, the big question is whether Vietnam reforms will protect citizens, or whether persecution, particularly of Christians, will continue?

It’s a complicated situation. Vietnam wants to promote religious freedoms because the world sees that as progressive. But persecution is still very real.

People who have left tribal religions like animism and decided to follow Christ make their villages nervous. With the intense government surveillance, village members are scared they’ll get in trouble for their neighbours’ new religion, and so, they take persecution into their own hands.

With the threatening pressure of government, community, and family, Christians don’t have it easy. “It’s very difficult to become a Christian and practice your faith.”