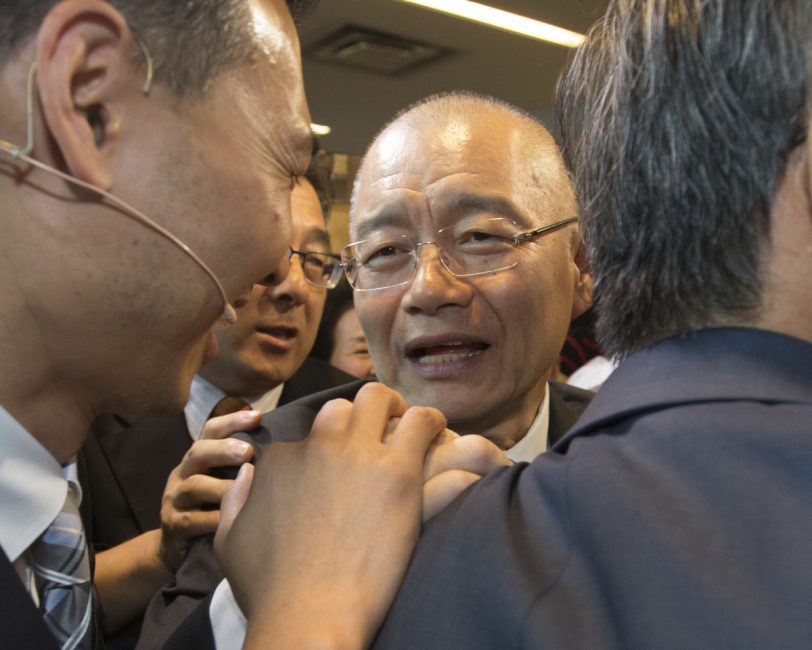 Rev. Hyeon Soo Lim, the Canadian pastor recently freed from imprisonment in North Korea, has shared how he “prayed without ceasing” and memorized over 700 Bible verses during his two-and-a-half years in a labor camp.

Hyeon Soo Lim, 62, was imprisoned by Pyongyang in January 2015 for carrying out “subversive activities.” Lim, who pastors the Toronto-area Light Korean Presbyterian Church, one of the largest churches in Canada, finally returned home on Saturday, with his captors citing clemency on medical grounds.

“From the first day of my detainment until the day I was released, I ate 2,757 meals in isolation by myself,” he said. “It was difficult to see when and how the entire ordeal would end. But this isolation also gave me the opportunity to spend an extended time of solitude with God.”

During the winter, the pastor was forced to dig large holes in the frozen ground. The mud was so hard, he said, that it took him two days to dig just one hole. “It was incredibly challenging,” he admitted. “My upper body was sweating; my fingers and toes were frostbitten. I also worked inside a coal storage facility, breaking apart frozen coal.”

In the spring and the summer, the pastor worked outside, eight hours a day, in the scorching sun. This took an incredible toll on his body and caused him to be hospitalized for two months.

“During my time there, I read over one hundred books on North Korea and began to grasp and gain a deeper understanding of the 70 year history that formed the nation,” he said. “I also read the Bible in both English and Korean five times and memorized over 700 Bible verses. I worshipped alone for 130 Sundays.”

“There were many difficult moments but it was during these times that God gave me the strength endure and persevere,” he concluded. “There were moments of discouragement, resentment, and grumbling but that soon changed into courage, joy, and thanksgiving. I learned to fully accept all of this as a form of God’s love and discipline to make me stronger. By God’s perfect and sovereign timing, I was released, returned home and here with you today.”

Pastor Lim’s speech marked his first public appearance since his return to Canada on Saturday.

As reported, he had been doing humanitarian work in North Korea since 1997 and had visited the isolated country more than 100 times prior to his arrest. However, the South China Morning Post notes that some projects he worked on, including a noodle plant and flour mills, were linked to associates of Jang Song-Thaek, the uncle of leader Kim Jong-Un. Jang was arrested and executed for treason in December 2013.