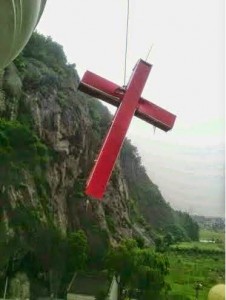 02/14/2020 Hong Kong/Macau (International Christian Concern) – In the midst of fighting the Coronavirus epidemic, China announced yesterday that it will put Xia Baolong, previously known for removing thousands of crosses from churches in Zhejiang province, in charge of the cabinet-level office that oversees Hong Kong and Macau affairs.

Xia is a former close aide to President Xi Jinping who served as Communist Party chief of Zhejiang province and initiated a crackdown on Christian churches several years ago.

Sonny Lo, a Hong Kong-based academic and political commentator told Bloomberg, “The reshuffling at this interesting moment may point to a deep distrust from Xi Jinping toward the former faction dealing with Hong Kong affairs.”

“It’s clear that Xi Jinping wants to have a clear grasp of the situation in Hong Kong — that’s the major point,” Lo added. “We’ll probably see some adjustment in Chinese policy toward Hong Kong.”

Hong Kong has been restive since last June, after the city attempted to pass an extradition law that would remove the legal barriers between China and Hong Kong. Millions have taken to the streets to express their anger, which transformed the movement into seeking more rights and democracy.

A pastor in Zhejiang told ICC, “This shift [from Zhang to Xia] is not a good situation.”
He added, “It is possible that Xia will oppress the churches in Hong Kong.”

Ying Fuk-tsang, director of the divinity school at The Chinese University of Hong Kong, also told Christian Times (HK) that “the appointment of Xia can be seen as Beijing’s adjustment towards Hong Kong/Macau policy, ‘it will only be tighter’. […] When the overall environment is tightening, as an indispensable part of civil liberties, religious freedom [in Hong Kong] would also be affected as a result.”