On 30th May, police in China’s southern Guangdong province detained three Christians for possessing religious materials, including a Bible. 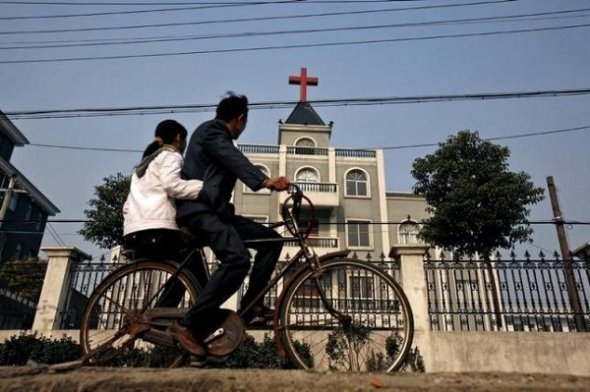 China Aid have reported that authorities took two Christians from their workplaces and one from a house, charging them with possessing religious literature. Shortly afterwards, one of them was released but the other two, a couple taken into custody for having a Bible, remain in detention. The church does not know when they will be released.

This incident is the latest in a long run of persecution against members of Zhongfu Tongxin Church. Authorities began targeting the church in August, 2015, after its members refused to join the government-sanctioned Three-Self Patriotic Movement.

Officials imposed a ban on holding services, accusing the church of “conducting illegal religious activities”, and sealed the door to the church.

Guo, a woman in charge of the church, visited the head of the local religious affairs bureau and then appealed to higher authorities in Guangzhou. Due to the pressure, officials removed the seal, but pushed the landlord to terminate the church’s lease contract.

According to Guo Baosheng, a pastor of a Chinese church in the States, government personnel have employed various methods of harassing churches, including robbing a church in Dongguan and urging house church attendees to join the Three-Self Patriotic Movement.

Guo Baosheng ties this continued harassment to the National Work Conference on Religions, which was held earlier this year.

“Some church pastors participated in the conference, and later pointed out that, in fact, the true, core topic of [the officials’] discussions was the problem of house churches and Christians establishing private meeting places,” Guo Baosheng said.
“Xi Jinping and other religious officials all believe that private Christian meeting places need to be strictly regulated, [and that churches that join] the Three-Self Church and accept government management should bring other churches into [the Three-Self Church].”