PrevAt Christmas, a time of heightened danger for many Christians, we stand prayerfully with our Persecuted family
NextMother and Daughter Disowned for Converting to Christianity 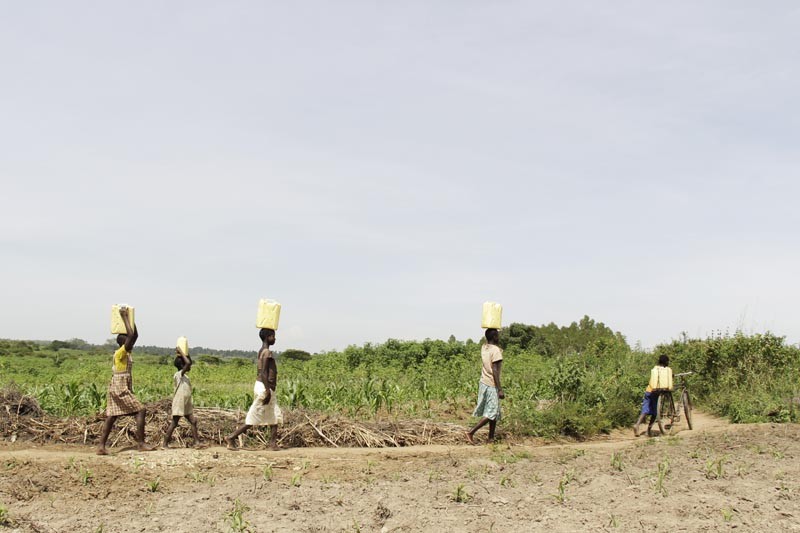 01/02/2019 Washington D.C. (International Christian Concern) – Were Ahmed and Mukenye Geoffrey are both former Muslims, now living in a shelter in Budaka District, Eastern Uganda, run by a local pastor. They have volunteered to teach student converts who have been rejected by their parents or whose parents have been killed or displaced due to Christian persecution.

Were Ahmed, 24, was assaulted and chased away by his parents when he gave his life to Christ in 2015. He hid his conversion for several months before his parents began to suspect that he had changed.

While speaking with International Christian Concern (ICC), Were admitted, “I used to listen to Christian radio programs for the strengthening of my new faith. Finally, my father traced me to a local church where we had gathered at night for prayers. I had sneaked to go and fellowship with other Christian brothers in the neighborhood.”

He added, “I had never seen him this irritated. I was afraid. I knew all was not well. The whole family turned against me, even my mother who I thought would be reasonable enough to inquire why I had changed my religion. My brothers and sisters refused to associate with me.”

Were said, “One day, my father quarreled me for deviating from the religious path he has taught us. This ended up into an altercation and everyone joined to beat me. He told me to leave the compound and never call him [my] father again.”

The pastor from Budaka District heard of Were’s plight and went to pick him up. “He was injured and sick. Were has been with us for three years and he is a bold witness of Christ and a teacher to young converts like himself.”

On the other spectrum of treatment in Uganda, Mukenye’s story begins with his parents’ conversion. Four years ago, Mukenye Geoffrey lost both of his parents to food poisoning after they became Christians.

“The whole family turned against me, even my mother who I thought would be reasonable enough to inquire why I had changed my religion.”

“On [the] 26th [of] June 2014, an evangelist visited our home and shared the Gospel with us. Without interrupting, we listened keenly as he preached. That was unusual. We never used to listen to pastors before, unless debating,” remembered Mukenye. “I was convicted of my sins and asked my father if he would allow me to put my trust in Jesus Christ. Surprisingly, he did not object. I was baffled.  The evangelist led me into prayer, prayed for our family and left.”

Mukenye added, “My relatives and friends would not understand why I chose to become a Christian and my parents were okay with it. In January 2015, my parents got born again. They told me that they have been thinking about Christ since the time the evangelist visited us and now they were ready to make it public that they are no longer Muslims, but Christians.”

This upset the Muslim community and Mukenye’s family began receiving threats. Relatives became hostile too. Mukenye explained, “Things started becoming dangerous in 2016 when my parents attended a social event within the location. They did not foresee danger, although they were cautious of the people they associated with. Unfortunately, they were poisoned and my father died before reaching the hospital. The doctor confirmed that it was food poisoning. My mother was admitted for a week and discharged.”

“Family members and the local sheikh would not give up yet,” shared Mukenye. “In November 2016, my mother was poisoned again and this time she died. Losing both parents triggered profound grief to me. I was left alone, scared, and disoriented. My pastor took me to Kabuna, where I was given protection at the children’s home.”

The center, a faith-based elementary school in Budaka District, enrolls more than 100 pupils from persecuted families.  These two individuals have very different family backgrounds and stories, but they both have put their faith in Christ and wish to see him glorified. Please pray for them as they work diligently to spread the Gospel in Uganda.