Police officials in Karachi, Pakistan, are investigating a fire that, last week, destroyed the offices of a Christian cable television station. 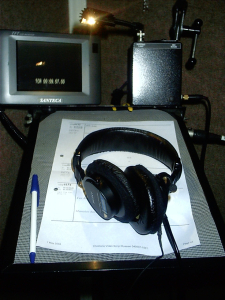 The fire at Gawahi TV’s office was reported around 3 am. last Tuesday, and took nearly two hours to extinguish. By daybreak, the three-room office was a burned-out hulk.

On Thursday, employees, who days before had been planning their Christmas broadcast schedule, gingerly stepped around large piles of half-burned religious books as they walked through the office. A charred copy of the Bible sat on top of the reception desk.

Javed William, whose brother, Pastor Sarfraz William, is the owner of Gawahi TV, said the fire appeared to be a planned attack. “The door locks were cut and the things were not where we had left them,” he said, adding that a security camera system had been destroyed in the fire.

Employees said computers had either been destroyed or stolen.

“The hard disks are missing,” said Irfan Daniel, an assistant manager. “Someone did this with a lot of thought.”

Javed William said he was not aware of any threats to the organisation. “This is not an attack on us,” he said. “It is an attack on Christianity. Whoever did this does not want God’s work to happen.”

Gawahi TV’s religious programming includes recitations of the Bible, Christian hymns and music videos, and is shown on local cable networks in Karachi.

Nehemiah 4 vs 9: “So we prayed to our God, and set a guard as a protection against them day and night.”