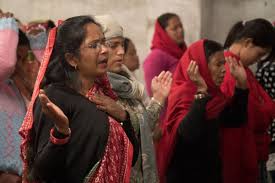 WIN intercessors have been praying for God’s Kingdom to grow in Hindu-dominant Nepal. Even though proselytizing has been banned in the country for decades, the church has exploded! Recent reports state that Nepal Christians are now one of the fastest-growing Christian communities in the world! Christian missionaries also appear to have more influence with Nepalis. After the 2015 earthquake, Christian groups gave aid to needy Nepalis, and were some of the first and most sustained groups to help.

The growth in Christianity has not come without a price. A new criminal code will be implemented next August, increasing the potential jail sentence for those convicted of proselytizing from three to five years. Convicted foreigners will be deported after serving their time. Activists claim the Nepali government is implementing the new code to curb Christianity’s growth. According to the 2011 census, Christians made up 2.5% of Nepalis, but others say that since the 2015 earthquake, the number is more than 10%.