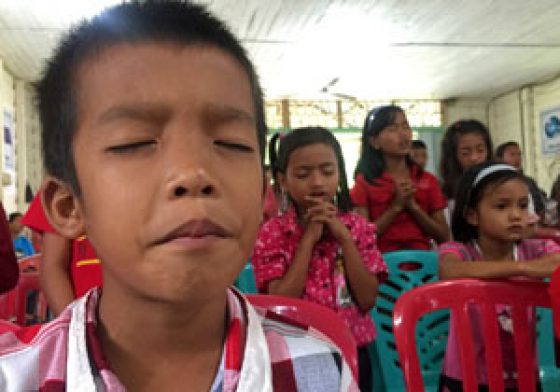 A few days after *Thuan and his wife *Hien became Christians, local authorities in their village in north Vietnam warned them they must return to tribal ancestor worship, or be kicked out of the village. When Thuan and Hien refused, the village chief publicly denounced them and their new beliefs. Children in the village were now banned from interacting with Thuan and Hien’s kids. A group of relatives, villagers and local authorities destroyed the family’s house, fruit trees and killed or stole their livestock.

Thuan and Hien show us what it’s like to be a Christian in Southeast Asia today. A new report indicates that Vietnam and other countries in South and East Asia are fast becoming hotspots of Christian persecution. The report echoes findings of the 2019 Open Doors’ World Watch List, which also document how state authoritarianism and ultra-nationalism are two emerging major challenges for Asian Christians.

The report, “Persecuted and Forgotten?” released by Aid to the Church in Need, concludes that the situation for Christians—especially in Burma, China, India, the Philippines and Sri Lanka—has worsened during the past two years.

Thuan and his wife Hien with their child are now shunned from their village in northern Vietnam because they became Christians.

The editor of the report notes that believers living in these countries are facing “the perfect storm” of pressure coming from different sides. For example, in the last couple of years, the Islamic State group had lost territory in Iraq and Syria. Many of its fighters moved to other parts of the world to regroup, inspiring new recruits in Africa and Asia.

“Radical Islamic groups are squeezed and sometimes ‘smashed’ out of the Middle East or driven underground and they are finding new homes in South and especially Southeast Asia,” said Thomas Muller, persecution analyst with Open Doors’ World Watch Research unit. “The island structure of many countries in this region provides plenty of hiding spots, and a weak state (Philippines) and the growing radicalization of the society (Indonesia, Malaysia) help a lot, too.”

Meanwhile, countries such as China and Vietnam—ranked 28th and 20th, respectively, on the 2019 World Watch List—are increasingly using new legislation and an extensive bureaucracy to control Christianity. For Christians in India (ranked 10th), and in Myanmar (ranked 18th), pressure is characterized by a combination of authoritarianism and ultra-nationalist tendencies.

India entered the World Watch List Top 10 for the first time in 2019, joining Afghanistan, Pakistan, and North Korea, No. 1 for 18 consecutive years. Meanwhile, countries such as Indonesia, Laos, and Myanmar also have slowly made their way up the list in recent years.

Pray with us for the church in South and East Asia, especially as we head into the holiday season—often a time when extremist activity and state arrests increase.

Father, as Your Word says, we are praying with our family around the world, especially in South and East Asia. Protect them from extremists—confuse the militants’ plans. Protect them from state authorities who seek to arrest and imprison them, and close their churches. God, you are omniscient, omnipotent and omnipresent. We ask that our brothers and sisters would lean into your wisdom, power and presence. In your name, amen.