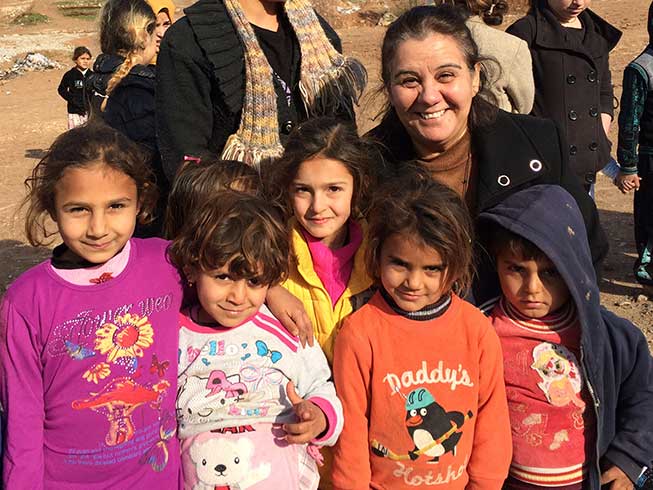 Christmas Day was formally declared a national holiday for all Iraqis in a landmark amendment announced by the government in December. The Iraqi cabinet approved the change in law creating a new holiday “on the occasion of the birth of Christ,” according to an official statement.

The Iraqi Government also posted a Christmas message on Twitter saying, “Happy Christmas to our Christian citizens, all Iraqis and to all who are celebrating around the world.”

In the same week, the Iraqi Sunni Endowment Authority slammed an “anti-Christmas fatwa” from Iraq’s Grand Mufti, Abdul-Mehdi al-Sumaidaie, stating that Christian holidays like Christmas “are impermissible” for Muslims. A spokesman for the authority described the statements as “offensive, irrational and unacceptable” adding, “Christians don’t prevent us from celebrating the Prophet Mohammed’s birthday, so why should Christmas celebrations be forbidden?”

Following the liberation of most of Iraq’s towns and cities from the clutches of Islamic State (IS), some Christians have begun to return to their homes. But many are finding their properties, left empty as they fled the horrors of war, have been occupied or seized.

In the historically Christian heartland of the Nineveh Plain, which was again targeted in an IS campaign of genocide, violent persecution was on the rise in 2018.

Despite ongoing persecution and tension on the streets, the birth of Jesus was celebrated by Christians across Iraq. Recognition of Christmas Day as a national holiday appears to be a positive policy change by the government, which also recently began rebuilding and restoring churches destroyed or damaged during the IS occupation of Mosul in northern Iraq.