Churches in Aceh Meeting in Tents, but Growing. 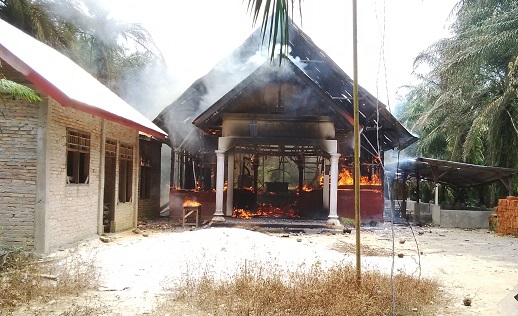 Churches destroyed a year ago by Islamic extremists and police in Aceh Singkil, a rural ‘regency’ in Indonesia’s only Sharia-ruled province, have still not been rebuilt because of discrimination against Christians by local authorities, say church leaders. 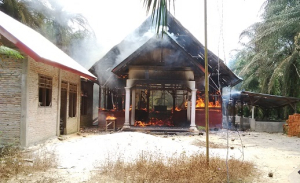 However, despite the troubles, church membership is climbing.

The churches were destroyed in October 2015, following clashes between Muslims and Christians in another part of the country. Some churches were razed by extremists and others demolished by police, following demands from residents that all unlicensed churches be pulled down.

Of the 11 churches demolished last year, the members of six continue to meet in tents. The rest have joined other churches, but many live in fear of further violence.

“The perpetrators live in the neighbourhood and they always watch my church members’ activities,” said Noldi,* whose church meets in two sites 25km apart, to cater for its growing numbers. (*Name changed for security)

Boru Manik, a local church member, added: “I’m sad that we have to worship in tents in the middle of a palm-oil plantation. But we’re keeping our spirits high.”

The authorities allow Christians to meet in these temporary structures, but church leaders say they are, nevertheless, playing politics with plans for new buildings. Churches fear that these authorities are reluctant to grant them planning permission because it would not be popular with Aceh’s largely Muslim voters in the run-up to local elections in February 2017.

Alongside this, all local churches that were not destroyed must now become licensed, but the registration process is slow and churches fear it will not be prioritised during election campaigning.

Lamhot*, a Christian activist, told World Watch Monitor that it is already too late to expect building permits to be issued by the authorities now that candidates have started registering for the election.

Lamhot’s church was burned down last year and services are now held in tents in the nearby woods. Even this also requires a permit, denied by the government to many hundreds more on security grounds.

Isaiah 43 vs 2: “When you pass through the waters, I will be with you; and through the rivers, they shall not overwhelm you; when you walk through fire you shall not be burned, and the flame shall not consume you.“