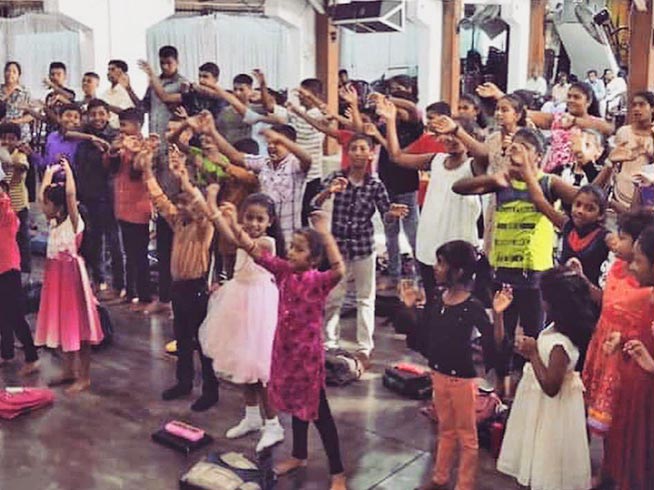 Services resumed on Sunday 19 May at Sri Lankan churches that had been closed for four weeks following the Easter Sunday suicide bombings in which 253 people died and more than 500 were injured.

Police advised prominent churches on the island to close their buildings temporarily after the Islamic State terrorist attacks on 21 April. Security was also tightened and police patrols increased for the prominent churches that remained open.

Police also advised the denominations to give them information about church meeting venues of which they were unaware so they could be protected. But this left many congregations in a quandary, especially house church movements, convert groups and those who worship in rented premises. In recent years the Sri Lankan government has been trying to force churches to be registered, so offering the police information about their meeting places so that they can be given protection in the short-term could open them up to harassment and problems in the long-term.

Schools, including Christian schools, are also reopening and children “are slowly returning”, according to Barnabas Fund contacts.

Attendance has remained high at Zion Evangelical Church, Batticaloa, where at least 29 people, including 14 children, died. Services for the 800-strong congregation continued at a temporary location because of the extensive damage to the church. Pastor Thrukumaran, whose 12-year-old son, Malaki, was killed in the bombing, said, “Believers are keen to worship. We have not seen any drop in church attendance.”

Police arrested 23 people on 14 May in connection with attacks by Buddhist mobs on mosques, Muslim-owned businesses and homes in Sri Lanka’s north-west. In one attack, on 13 May, a Muslim father-of four was killed while trying to protect his home. Christian leaders have condemned the attacks.

On 23 May the president of Sri Lanka ordered the early release from prison of Gnanasara Thero, who was serving a lengthy sentence for contempt of court charges. Gnanasara had played a key role in the past as secretary of a Buddhist nationalist organisation called Bodu Bala Sena by inciting violence towards the non-Buddhist minority communities. The difference now is that the conflict between Buddhists and Muslims is escalating. Christians are very concerned they will get caught in the crossfire of the conflict between Sinhala Buddhists and Muslims. Gnanasara has also accused Muslims of converting thousands of Sri Lankan Hindus, Buddhists and Christians to Islam, in some cases by offering them jobs in the Middle East as domestic servants.