A stampede at the annual Hajj pilgrimage in Mecca, Saudi Arabia, has left at least 719 people dead and 863 injured. According to state media, the crush of Muslim pilgrims appears to have been caused by two waves of pilgrims meeting at an intersection. 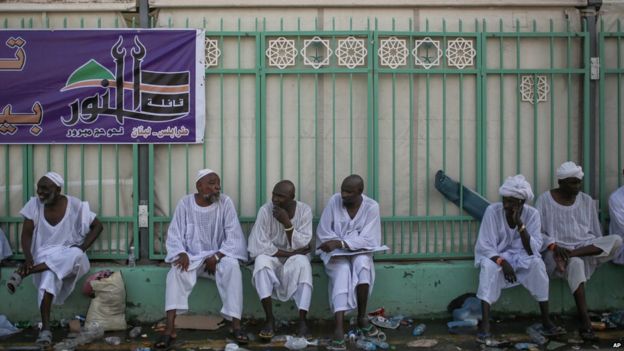 High temperatures and fatigue might also have been factors in the disaster, which is the deadliest event to afflict the Hajj pilgrimage in more than two decades.

The head of Iran’s Hajj organisation, Said Ohadi, said that, for “unknown reasons,” two paths had been closed off near to where the stampede occurred, at the site of a symbolic stoning of the devil ritual.

Ohadi said the path closures had left only three routes to the area where the stoning ceremony was held.

Al Jazeera’s Basma Atassi, reporting from Mina, said the incident took place in a street between pilgrim camps. “During and after the stampede the pilgrims continued to flock into Mina to perform the devil stoning ritual.”

Mina houses more than 160,000 tents where people spend the night during the pilgrimage.

Amateur video shared on social media showed a horrific scene, with scores of bodies – the men dressed in the simple terry cloth garments worn during Hajj – lying alongside crushed wheelchairs and water bottles.

About 4,000 people from rescue services were participating in the operation to help the injured and about 220 ambulances were directed to the scene.

Numbers 12 vs 6: “‘Listen to my words: ‘When there is a prophet among you, I, the Lord, reveal myself to them in visions, I speak to them in dreams.”