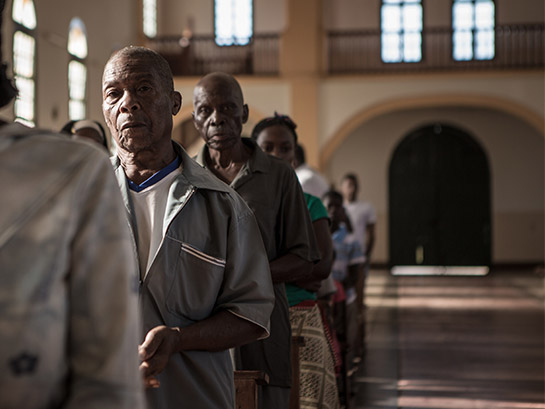 An estimated 50 attacks have taken place in northern Mozambique since October 2017, killing 200 people.

In one particularly brutal attack, suspected Islamist militants armed with machetes rampaged through a village in northern Mozambique at dawn on 5 June, beheading seven people and burning 164 houses.

At the time of writing, no organisation has claimed responsibility for the attacks, and the intentions of the Muslim group remain ambiguous, although local news sources suspect hardline Islamists are responsible. So far, the violence has been concentrated in the northern coastal areas where the majority of the population is Muslim.

Previously unknown in the region, a rise of Islamist terrorism would impact significantly on Christians, who make up around 52% of the population. Christians in Kenya, Somalia and Tanzania are a constant target for persecution and terror by Al Shabaab militants. Concerns are growing that the jihadi group could be gaining a foothold in Mozambique.