Egypt bus attack survivors ask ‘how could this happen again?’ 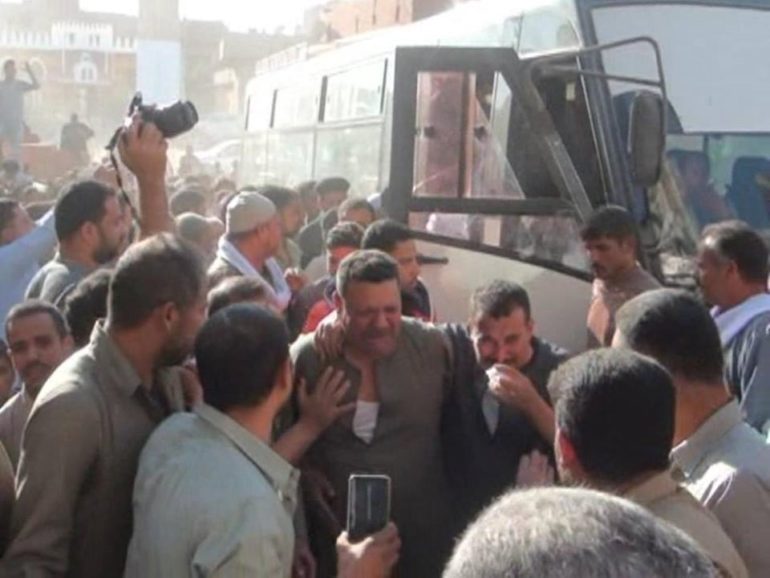 It should have been a joyful day. On Friday 2 November a Coptic family had celebrated the baptisms of two little boys, four-month-old Emile and 5-month-old Noufir, which had taken place in the morning at St Samuel’s monastery. In a cheerful mood, listening to Christian songs in the bus, they started their journey back home. Then, suddenly, guns were fired from a four-wheel drive that had come alongside the bus, carrying four masked men who looked like soldiers.

The 28 family members on board all ducked for cover, including Sameh Nabil, who was driving the bus, and Ibrahim Youssef, who was sitting next to him.

“I felt responsible for my passengers, I just had to keep them safe,” Nabil told a contact of the Christian charity Open Doors International two weeks after the incident. “So I drove as fast as I could, but it didn’t stop the terrorists. They managed to break one of the windows with their shooting. Then I sat down on the floor of the bus, but I pressed the accelerator with all the strength I had, trying to escape.”

Panic broke out in the bus. “When the shooting started, all the passengers started screaming,” Youssef said. “I got off my seat and sat down on the floor of the bus to avoid the bullets, and others were doing the same. They were terrible moments. We just screamed and asked God to protect us.”

Then the attackers noticed a minibus from Minya approaching, about 300 metres behind Nabil’s bus, which diverted their attention, allowing Nabil to escape and drive the bus to safety. No-one was killed on Nabil’s bus, although some of the family members sustained serious injuries.

But on the other bus, seven members of one family, including two children, were killed.

Nabil and Youssef said they grieved with the bereaved family and that their escape was a miracle.

Egypt’s government vowed to improve the security around the monastery after the first attack, but that didn’t happen, said Amir Fakhry, a local human rights activist. “They promised they would build a hard surface on the 25km-long road leading to the monastery [to help drivers get away], and to add street lights … and strengthen the mobile network in this area to help prevent another attack. [All] that didn’t happen. So the incident was repeated, with the same terrorists and in the same place,” Fakhry said.

Two days after the incident Egyptian authorities reported that they had killed 19 Islamists suspected of involvement in the second bus attack.

Islamic State released a propaganda video in February last year, vowing to wipe out Egypt’s Coptic Christians and “liberate Cairo.”  Meanwhile, a local IS affiliate known as Sinai Province has attempted to impose its hard-line interpretation of Islam on Egypt’s North Sinai population around El-Arish.