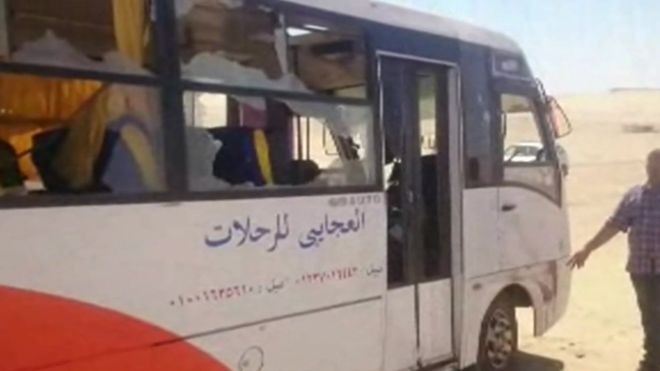 Egyptian Christians request prayer after gunmen attacked a bus and other vehicles carrying Coptic Christians. According to a statement by the Governor of Minya, 28 are so far confirmed dead (including two children) and 23 have been wounded in the attack which took place this morning (26th May).

The bus was on a desert road near Al Idwa in the north-west of Minya Governorate and was taking Coptic Christians to visit the Monastery of St Samuel the Confessor.

The bus was in a small convoy of vehicles which was stopped on a desert road by a group of around 10 gunmen wearing military uniform. The gunmen fired at the bus and other vehicles with automatic weapons and then drove away from the scene in three vehicles.

No group has yet claimed responsibility for this atrocity. The attack comes during a three-month nationwide state of emergency declared by President Al-Sisi on 10th April, after Palm Sunday attacks on Coptic Orthodox churches in Tanta and Alexandria which left 47 dead. A range of other attacks have been carried out this year against Christian communities and Egyptian security targets by militants claiming allegiance to Daesh.

a. God’s comfort for those who lost loved ones, and for full recovery for the injured

b. comfort and encouragement for the wider Christian community, and for God’s protection over his church in Egypt and over other targets of similar attacks

c. for those responsible for the attack, that they will be brought to justice and will repent of the evil they have done

d. the President and all in authority in Egypt, that they will uphold justice and righteousness