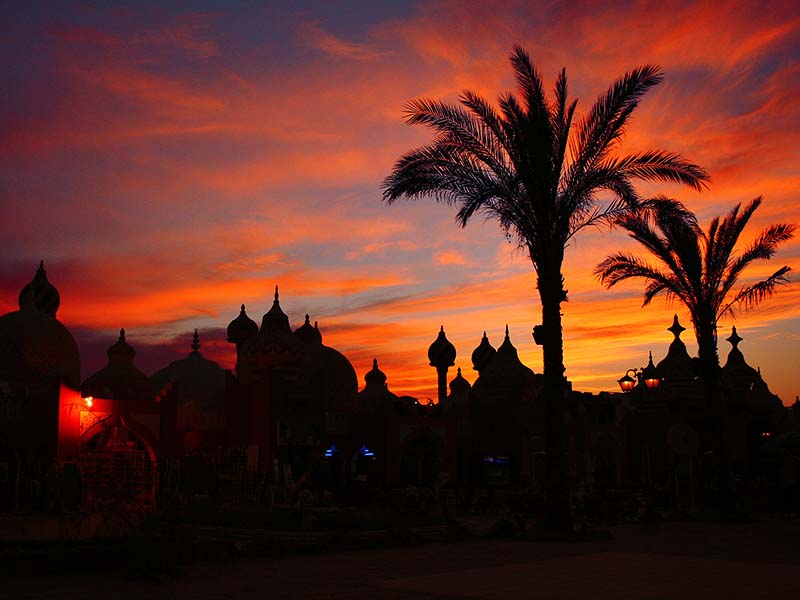 08/22/2019 Washington D.C. (International Christian Concern) – Social media is often present during the best of times — and the worst of times. In Egypt, where only 40% of its nearly 100 million population have access to social media, the situation is flammable. The Arab Spring showed how social media can unite a nation in disposing an oppressive government. Other times, it is the match igniting violence against religious minorities seeking a voice.

The villages in rural Egypt, where most of the country’s Christians live, are cramped with religious diversity. Villagers live a traditional life, but social media is slowly disrupting conventional norms. Christians have always faced intense persecution in villages. But social media creates new rifts. Muslims can post anything on social media; Christians cannot.

This underlying threat is felt everywhere. Mob attacks against Christian communities because of a misspoken word is already common. The problem is magnified when a post is misinterpreted on social media. Local priests worry about their congregations. One finds himself constantly urging caution. He said, “Sometimes I don’t support what the youth post on the social media. If they are jailed, how can their families deal with this situation? The youth should take into consideration the rules, culture, and traditions of our state.”

Teachers are also worried about the youth, who are often more outspoken with their frustration regarding the persecution that Christians experience. The experience of older adults urges greater caution. “I don’t prefer to write about the (persecution) incidents on Facebook. I don’t want to be jailed or incite tension between me and my friends,” said one teacher.

He continued, “I’m so clear— for me, the people who criticize the government or the regime, they (should) firstly always express that they are proud of the president or the military system. Then express their own anger of the case.”

“I don’t prefer to write about the (persecution) incidents on Facebook. I don’t want to be jailed or incite tension between me and my friends.”

Two men with similar stories show just how dangerous it is for Christians to speak freely on social media. Fady—a father absent from his family because of economic persecution. Abd—a simple family man with little education.

Both men used Facebook. Abd clicked on a website without realizing that it would link and share a video on his social media account. Fady expressed his frustration about religious differences in a post. In both cases, their Muslim neighbors deemed the posts blasphemous.

Because Fady was absent, his family was home alone when a mob formed and attacked his house. “It was very painful for us and especially for me, that I was seeing my house be attacked and damaged. We lived in this house for 30 years,” said his wife.

A mob also came to Abd’s house. “The Muslims came from all of the surrounding villages around Minbal,” said one witness. “They all came with anger and stoned the Christian houses.”

The families of both men fled their homes, never to return. Fady was arrested for 10 days and threatened with blasphemy charges. Thankfully, they were dropped. But now, his family is considered tainted.

“I wish I could help my son leave Egypt,” said Fady’s father. “His pharmacist fired him because he wanted to avoid Fady’s problems. It’s hard for Fady to live in Egypt, many Muslim people from our village and the neighboring village are living in Giza and Alexandria… I fear for my son’s safety.”

The consequences for Abd were much worse. He was sentenced to three years in prison on blasphemy charges. Despite Abd’s insistence that he did not intentionally post the video, the appeal judge wanted to set an example. “He insulted Islam by his post on Facebook, weakening the national unity and frustrating the Muslim people who are in the village,” said the court document. Abd is currently in jail.

Though their outcomes were different, both cases highlight the extra care which Christians must exercise on social media. But despite the risk, Christians insist on their right to exercise free speech on social media, just like their Muslim peers.

“If we would not express our views, no one will know about our cases and incidents,” said one Christian doctor. “But for me, I always try to filter my friends on Facebook, just like I reject making friendships with radical Muslims.”

“I don’t care about the others; this is my Facebook,” said another. “This is my own platform on which I can write, raise my voice, and express myself. (Yet) when I monitor that there is a radical or racist friend on my Facebook, I always block him or her.”

The challenges surrounding social media show that Christians have no security when exercising free speech. Society holds them to a higher standard. As Egypt pushes toward increased social media accessibility throughout the country, the government must push toward greater religious freedom. Otherwise, social media will only further violence.