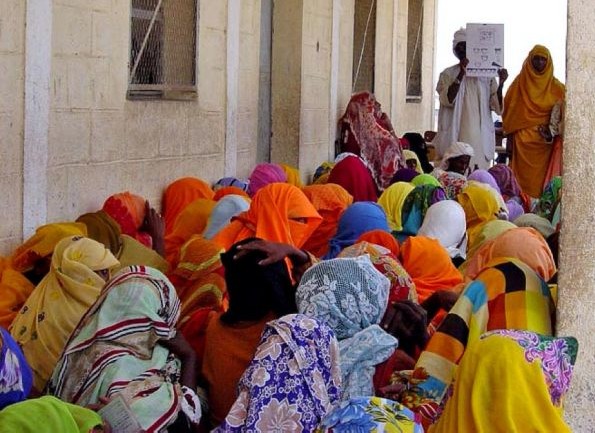 According to Julie Bourdon (MNN) roughly half of the population of Eritrea is considered to be of the Christian faith. A very small percentage of that group would be considered evangelical. These evangelical Christians in Eritrea are under the heavy hand of persecution. The Evangelical Church has been outlawed in Eritrea by the government. Any kind of public church meetings are illegal, other than those in the approved denominations by the government.

Christians face arrest anytime they gather together, as well as persecution and imprisonment. These places of imprisonment are often in horrible conditions, sometimes it is even in shipping containers whithout any plumbing. They have very limited air supply, they are closed off, hot in the summer, and very cold in the winter.

However, there is a new persecution strategy: since May of 2017, nearly 200 Christians have been arrested. The interesting thing about this is that they have shifted tactics. Instead of just raiding church services or Bible studies, now the government is going to the homes of Christians, and arresting the whole family. Even children have been put under arrest if they are part of a Christian family.

When the parents are arrested, the children get taken into custody. The authorities make sure they receive no support from the Christian community. The latest arrests included 16 students.  They were arrested simply for praying together.

According to International Christian Concern, Eritrea is the second worst country when it comes to freedom of the press. The nation worse than them is North Korea.

The Church continues to meet. And one of the amazing things about the Eritrean Church is that they continue to serve the Lord, they continue to meet together for worship. The churches that were closed moved almost immediately into a house church, underground church type of activity. What’s more, they aren’t just living a hidden faith. They’re sharing it with others. Even with their lives at risk. Even in prison. They are sharing the Gospel. They are seeing other people won to Christ. And that’s really an amazing example of faithfulness to the call of Christ, even in really horrific circumstances.

That God will hide these Christians when they come together for prayer and Bible study.