Fallujah refugees are coming to Christ 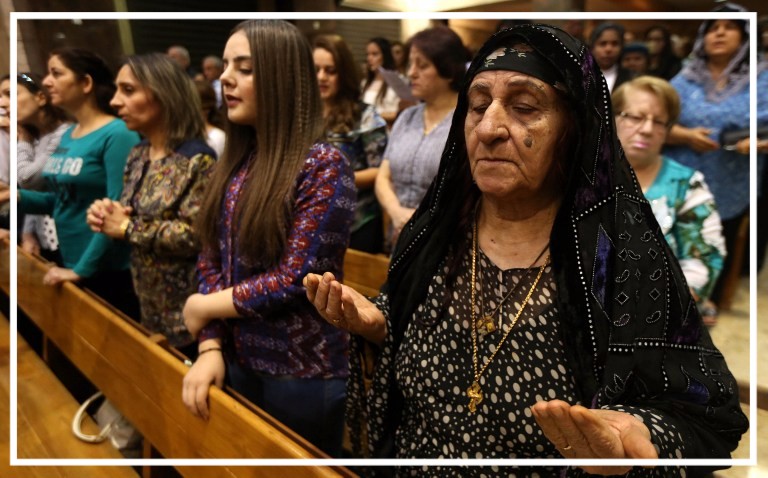 Frontiers USA recently published an encouraging update on the situation in Fallujah, Iraq, the town that was reclaimed from ISIL by Iraqi troops last Summer.

Thousands of people from Fallujah had fled to a nearby refugee town, dubbed the City of Refuge and, according to Frontiers USA, in the last 18 months, through the work of indigenous missionaries, over 140 people in the City of Refuge have accepted Jesus Christ as their Saviour.

As Iraqi forces continue to work to secure Fallujah and resume public sanitation, Frontiers’ President, Bob Blincoe, said that some of these new Christians want to go back to their homes and share the hope they’ve found through Christ. “They have a mission and have been baptised, which is a real step of faith in the Muslim world.”

What is it about the Gospel message that strikes such a chord with Muslim refugees? According to Blincoe: “More than any other answer, they refer to Jesus’ words, ‘Come to me all who are weary and heavy laden. Learn of me, I will give you rest for your souls, for I am meek and humble.’ This way of the Lord, this unexpected hope for miserable people, for desperate people, is the number one reason.”

The possibility for a growing and flourishing Church in Fallujah and the City of Refuge is having a domino effect. What started as a handful of local missionaries sharing Christ with their neighbours, now has those new believers doing the same with their family and friends.

Blincoe continued: “This is driven by Muslims who have come to faith themselves. Frontiers works directly with the leaders of this movement. There are five or six essential church-starters, all of them from a Muslim background. So we know hardly any of the people that have come to faith. We only know the people that are making disciples, which is really how it should be.

Acts 5 vs 14: “Yet more than ever believers were added to the Lord, great numbers of both men and women,”