Four Christians detained in Nepal on charges of “forced conversion” 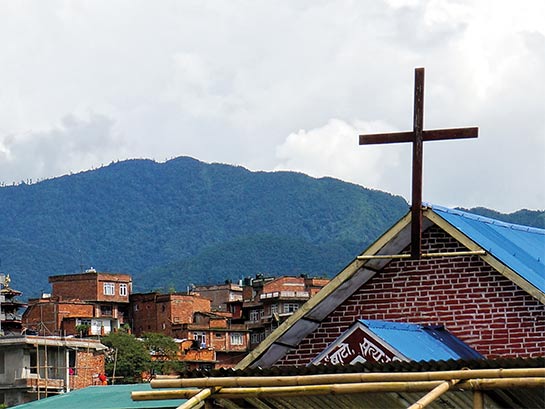 After being secretly followed and filmed, four Christians were reported to the police and arrestedin early November near Kathmandu, charged with breaking Nepal’s anti-conversion laws.

It was alleged that the individuals, two of them Japanese nationals, had been “proselytising” door-to-door, “targeting Dalits” (the lowest level of the Hindu caste system, considered “untouchable” by high-caste Hindus).

If convicted, the two Nepalis arrested could face five years in prison and a 50,000 rupee (around £340; $440) fine, while the Japanese Christians could potentially receive the same prison sentence or be deported.

A new law came into force in Nepal in September which makes it an offence to “involve or encourage in conversion of religion” or “hurt religious sentiment”. While the constitution already prohibited proselytization, the  new law is very vague about what an “attempt” to convert someone might involve and means any public Christian activity is potentially illegal.

The rapidly growing Nepalese church now makes up as much as 5% of the population of Nepal, 85% of which is Hindu. Although Nepal is now officially a secular nation, it was a Hindu kingdom until 2008.