“God is far from finished with the Middle East.” 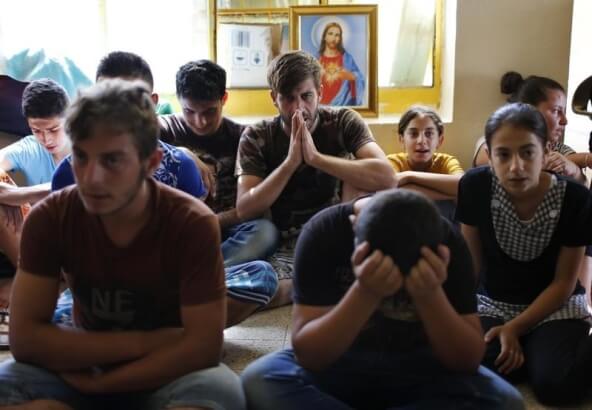 Their “weapons” are their prayers. Their biggest ally and protector? God Himself.

These are the Christians in the Middle East who are fighting the war against the ISIL  on their knees, praying for God to bless and restore the land that the jihadists have taken over and defiled.

Fabian Greche, the co-founder of the Mesopotamia House of Prayer in northern Iraq, said he believes God is far from finished with the Middle East.

“We easily get affected by darkness around us. It affects us, but if we look at Jesus and at His Word we see that God wants to pour out His Spirit. He’s coming back for a Bride and He will have one in the Middle East,” he said.

The prayer event in Erbil drew more than 20,000 Christians at the same time as Iraqi and coalition forces continued their siege of ISIL-occupied Mosul. Their prayers were broadcast throughout the Middle East by a Christian satellite network.

The six-hour prayer event marked the end of the participants’ 50 days of fasting, with many of them expressing hope that they would soon be back in their land, living peaceful lives without ISIL.

Standing together in the shape of a cross, the participants released balloons with prayers in them “as a symbol of raising prayer on behalf of the whole nation,” according to George Makeen, SAT-7 ARABIC’s programming director.

Makeen noted that many areas in Iraq have already been liberated from ISIL. However, he expects those people who have suffered violence and been gripped by fear for the past two years will face many challenges before their normal lives are restored.

“My prayer is for God’s peace and wisdom as they experience such difficult times,” he told Christianity Today.

“The country still lacks the sense of true unity and belonging,” he continued. “I pray that God will give leaders wisdom to help their people to feel that the current developments are the start of a better future.”

Daniel 9 vs 17: “Now therefore, O our God, listen to the prayer of your servant and to his supplication, and for your own sake, Lord, let your face shine upon your desolated sanctuary.”