God is Moving Amongst the Yazidis

PrevNepal Christians Relieved at Rejection of a Hindu State.
NextEgyptian Christian Charged with “Despising Religion”
Pei Pei Khor
The Yazidi people of Iraq are a totally unreached people group. At the start of 2014, there were scarcely any known believers amongst the Yazidi, but since the war with ISIL started, more and more Yazidis are being reached with the gospel and becoming believers. 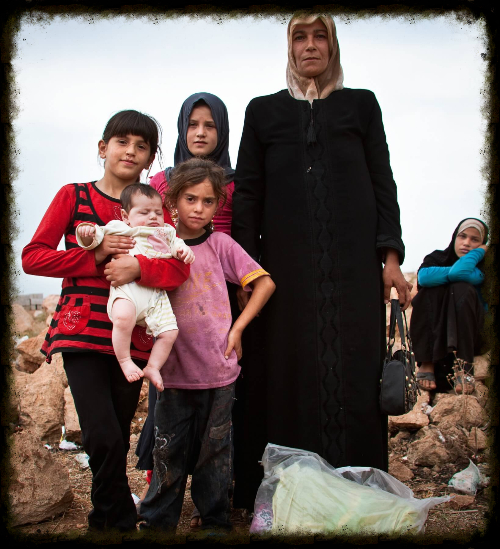 Ibrahim is one of those believers.
On August 3, 2014 at 2:30 am, Ibrahim awoke to a nightmare. ISIL was attacking Sinjar and slaughtering his Yazidi people. Being responsible for his six siblings, this 22-year-old prepared his family to leave and join the mass exodus of Yazidis from his village, walking over 14 km to Mount Sinjar. There was no time to pack – they simply left with the clothes on their backs.

Stranded on the mountain for nine days with no food and minimal water, his family fought to survive. On the 7th day, Ibrahim’s mother severely hurt her leg through a fall and was unable to walk. Ibrahim couldn’t leave his mother, and, as a devoted Yazidi, Ibrahim only knew of one thing to do – cry out to God to heal his mother.

The next morning, his prayers had been answered and his mother could walk, and over the next two days they walked to a refugee camp in Syria.

Ibrahim’s family soon moved to the city of Duhok in Northern Iraq, where they lived in a primary school. There he met Salam, another Yazidi who was serving fellow refugees while boldly sharing about the love of Jesus for the Yazidi people.

Ibrahim truly felt that God had protected his family and his people on the mountain, and he had seen God miraculously heal his mother. Ibrahim’s heart was stirred more as he heard that Jesus died and rose to take the sin and shame of the whole world.

Ibrahim’s family was eventually moved to a camp for internally displaced Yazidi people, where Salam encouraged him to start a small group to help their community. This group currently meets three times a week to study the New Testament and serve the refugee community they live among.

Salam has helped to start five other groups like this one among his Yazidi people, and many in these groups have started following Jesus. From an isolated, conservative, unreached Yazidi community in Northern Iraq, God is bringing his kingdom even in the midst of terrible hardships.

Romans 8 vs 28: “And we know that in all things God works for the good of those who love him, who have been called according to his purpose.”