PrevChinese Churches Facing Increased Suppression in the Coming Year.
NextDeportation Orders and Hate Speech Towards Christians in Turkey on the Rise. 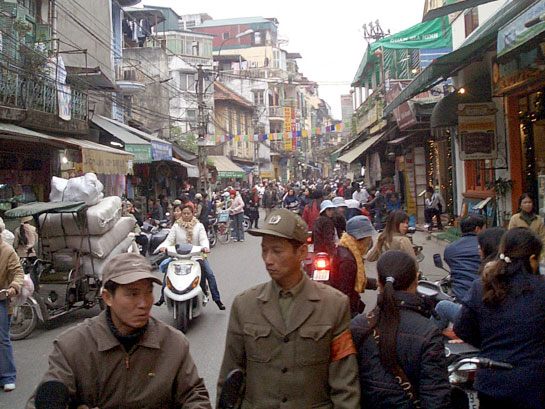 As students gathered for a Bible class in Hanoi, Vietnam, security forces arrived and arrested the assembled believers.

On January 23rd, Pastor Nguyen (not his real name) reported that “Last week we were arrested by Hanoi security during our Bible class. All students had to stay in the police station and were divided one-by-one to write about what we were doing. The foreign missionary leading our class was charged 1,000 USD and expelled from the country.”

Christians in Vietnam have been experiencing an increase in persecution over recent months.

Historically Christian communities have often been subject to arrests and land grabbing by the authorities. However, converts to Christianity from Buddhist or ethnic-animist backgrounds face the strongest persecution, not only from the authorities but also from families, friends and neighbours.

Protestant Christian believers tend to gather in house-churches for fellowship, and their members face discrimination at various levels of society.

On November 18th, 2016, the communist government of Vietnam adopted a new Law on Belief and Religion, which further limits freedom of religion considerably.

Psalm 17 vs 7: “Wondrously show your steadfast love, O saviour of those who seek refuge from their adversaries at your right hand.”