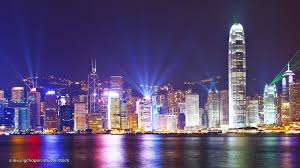 “There are so many people from Indonesia and Africa and other places who are coming to Hong Kong,” Woolford says.

So what better place to distribute Christian literature and reach a wide audience?

We have an incredible opportunity right now, and that opportunity is to send over a half a million dollars worth of free Bibles and Christian books,” Woolford says.

Woolford reports that stores in Beijing are pulling Bibles from shelves, and online stores often do not carry electronic Bibles. But even though they’re tough to get to in many parts of China, one BIble can still change someone’s life.

“We’re not just sending a Bible, [it doesn’t stop at] giving someone the ability to have their eternity changed forever. The Word creates a difference in a father, a mother, a husband, a wife, an entire family, and even the culture.”

Mission Cry is planning on distributing the resources via a minister they’re partnered with in Hong Kong.

“He said, ‘Listen, I have the opportunity through business to get these containers released, and if you get them to me, I can get them into the hands of people that need them.’”

This minister goes downtown in Hong Kong and sits between massive stacks of books and Bibles playing worship songs on his keyboard. As he plays, he passes out free literature. It works so well that even other religious groups are taking notice.

But most of all, pray that each and every piece of literature in that crate will have the most impact it can have thanks to the power of the Holy Spirit.