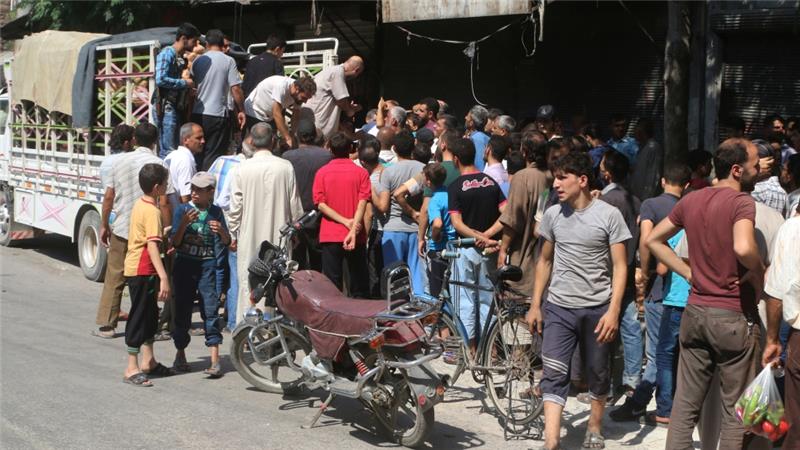 WIth the cease fire in Syria barely holidng, a senior UN official working there has warned of a “looming humanitarian catastrophe” in four besieged towns, and called on all players in the conflict to allow safe passage for life-saving aid to some 60,000 trapped civilians.

In a statement released late on Monday, Zaatari said: “Sixty-thousand innocent people are trapped there in a cycle of daily violence and deprivation, where malnutrition and lack of proper medical care prevail. The situation is a looming humanitarian catastrophe. The principle of free access to people in need must be implemented now and without repeated requests.”

Zaatari added that the situation was complicated by the “tit-for-tat arrangement” between the towns, whereby no aid can be provided to Madaya and Zabadani without similar access to Fua and Kefraya, and vice versa.

This linkage “makes humanitarian access prone to painstaking negotiations that are not based on humanitarian principles”, he said.

“This has prevented medical cases from receiving proper treatment and evacuation. People are in need, and they cannot wait any longer. We need to act now.”

According to the statement, the UN’s last humanitarian access to the four towns was in November last year, and earlier this month, the UN also reported that it had only been able to deliver aid to 40,000 people in besieged and hard-to-reach areas in January, despite requesting access to more than 900,000 people.

That made January the worst month for humanitarian deliveries in nearly a year, with approval received for just one of 21 humanitarian convoys proposed by the UN, the International Committee of the Red Cross and the Syrian Arab Red Crescent.

According to Siege Watch, a monitoring group that tracks besieged communities, more than one million Syrians live under siege in the Damascus region, Idlib province, Homs and Deir Az Zor.

Psalm 107 vs 35 – 36: “He turns a desert into pools of water, a parched land into springs of water. And there he lets the hungry live, and they establish a town to live in;“