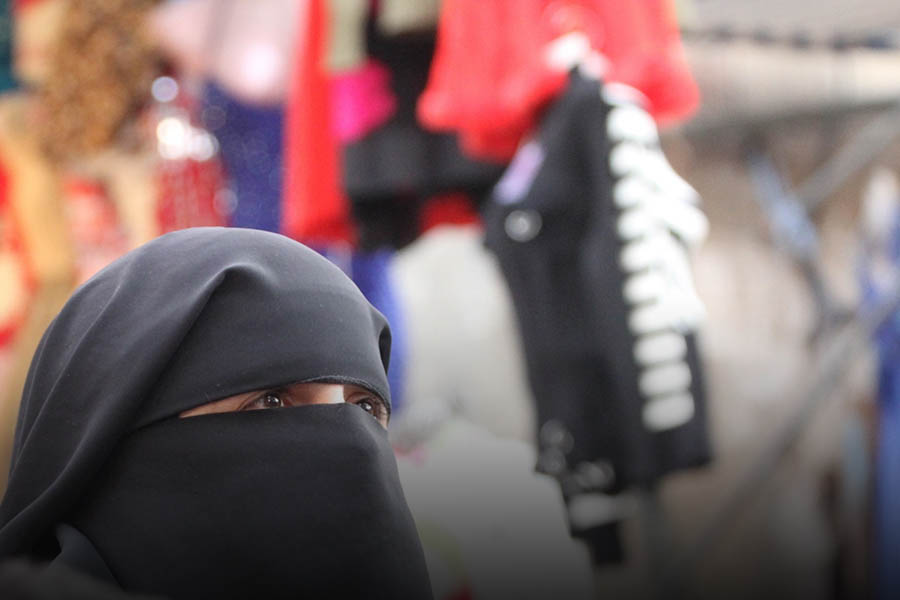 Nadeen, a born and raised Yemeni woman in her late twenties, is not new to the faith. Before a civil war broke out in her country in 2015, she had already accepted Christ.

A Christian woman she met at university was able to read the Bible and pray with Nadeen once a week. Attending classes gave her an excuse to leave home, but when Nadeen graduated, she no longer had an excuse. Nadeen found it harder to meet the woman to pray and read the Bible. Eventually, Nadeen’s disciple partner left the country—leaving Nadeen alone.

Her family was unaware of her faith, and as a single woman in a strict Muslim family, it was difficult for her to leave the house alone.

“They controlled everything I did,” Nadeen says. “But in my heart, I longed to participate in prayer meetings with other believers and learn more.”

Months went by, and Nadeen didn’t meet with any other believers in person. “I had a Facebook account, and that was where I met another believer who was participating in a Facebook group.”

Through this online fellowship, she even learned that there was a secret community of believers in her city.

When Nadeen got a job at a bank, it gave her the perfect excuse to leave the house and meet the secret believers from her Facebook group in person. Through this group, she met another believer from a Muslim background . After seeking the counsel of the elders in this local Christian gathering, they agreed to get married.

ISLAMIC MARRIAGE WITH A CHRISTIAN BLESSING

Nadeen looks back on the day of her wedding with gratitude since she was able to share this special day both with her natural family and her spiritual family.

However, in Yemen, only Islamic marriage rituals are allowed. “I had an Islamic wedding that was arranged by my family,” Nadeen shares. “But all those traditional celebrations were nothing compared to the half hour when we met with our Christian family, and the elders blessed our marriage in Christ.

By choosing to keep her faith in Christ from her family initially, Nadeen made it easier for her and her husband to stay in Yemen.

By submitting to her family’s traditions upfront, Nadeen has been able to keep these relationships, and she and her husband are now able to share with them in God’s timing. After her wedding, in the early days of the civil war, Nadeen got baptized together with another new believer.

One year ago, Nadeen and her husband found out that she was pregnant. Just a few months ago, they had their first child. The new family is determined to stay in Yemen and build on God’s Kingdom there.

Please pray for Nadeen and her family—along with all the other believers in Yemen today.