Ask the question ” where is the greatest rate of Church growth right at this moment in time?”, the answer may well surprise you … The Islamic Republic of Iran. 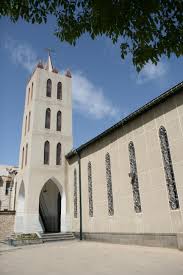 The situation is bursting with irony. Iran is listed on Open Doors USA’s World Watch List in the top ten hardest countries to be a believer. And yet, last year, Iran saw a 19.6 percent increase in the number of Christians – more than any other country.

Iran is a country that has worked very hard to eliminate Christianity, and particularly to eliminate Muslim conversion to Christianity, which is illegal. In addition, most of the registered churches have been closed down, but it remains the place in the world where the Church is growing the fastest.

Now, more than thirty years later, many Iranians have rejected Islam precisely because of that. The country is run by the Mullahs, with the government stating, ‘We’re doing everything according to Islamic principles.’

However, if the government doesn’t work, if there’s still corruption and  poverty, that leaves some big questions regarding Islam. In essence, the failure of the government has, in the eyes of the people of Iran, become the failure of Islam, with some statistics showing that as many as 70% of Iranians have rejected Islam as the way of truth.