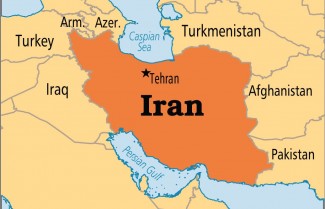 (Worthy News) – Iranian Christians are asking for prayer support as the Islamic Republic, in an effort to stop the spread of coronavirus, has begun releasing huge crowds of prisoners that include persecuted Christians.

Barnabus Fund reports that 70,000 people are expected to be released, and that one Christian man, Ramiel Bet Tamraz, was already released on February 26th.

“At the moment everyone is suffering. The issue is affecting everyone. The shortage of medical equipment, medical personnel and medicine are a very main concern,” an Iranian Christian contact told Barnabus Fund. “Lack of training is another one. People don’t know how to deal with it. Christians are pleading prayers and for God’s mercy for Iran and Iranians.”

The number of cases in Iran surpassed 10,000 this week with over 400 deaths, many of which included prominent figures in the Iranian regime and hostage-takers from the 1979 US embassy crisis.

Iran is number nine on Open Doors USA’s World Watch List for Christian persecution, but has a burgeoning house church movement, with the number of secret believers having doubled since 2016, according to the watchdog group.