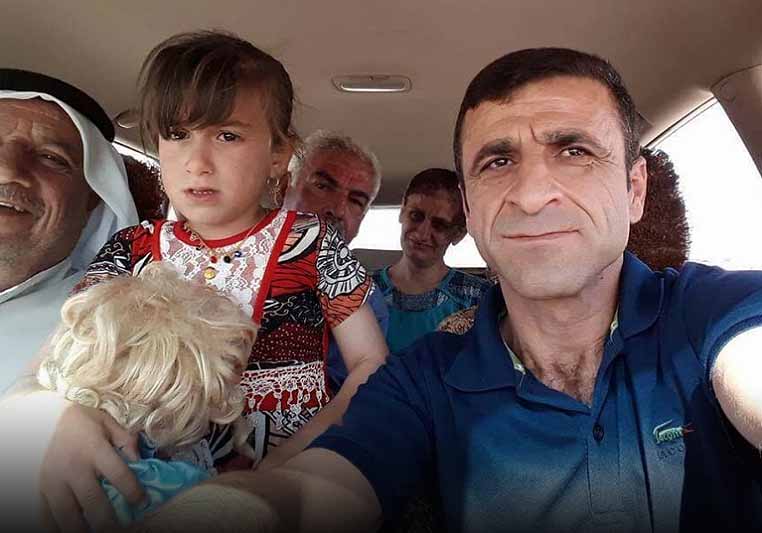 After almost three years in captivity, an Iraqi Christian girl abducted by the Islamic State in August 2014 has finally been reunited with her parents.

Christina Abada, who is about to celebrate her sixth birthday, was welcomed home at around 10 am this morning, local time. Locals say she was released by the Iraqi Special Forces.

“It is a very happy moment; everybody is dancing and clapping and singing,” one Christian woman told a World Watch Monitor contact from the Ashti refugee camp, near Erbil, where her parents have lived for the past two years.

Christina was abducted in August 2014, when IS overran Iraq’s second city, Mosul, and then swept into the Christian city of Qaraqosh in the Nineveh Plains, where the Abadas lived. Prior to IS’s occupation, it was the largest Christian city in Iraq.

Hundreds of thousands of Christians and other minorities had already fled the northern region. Christina’s family, however, stayed behind because the father, Khader, is blind. Other Christians too old or frail to flee also stayed, hoping for a measure of mercy from the invaders – a hope which was misplaced.

On 22 August, militants rounded up the Christians, saying they would receive medical check-ups. World Watch Monitor learnt how events unfolded for Christina’s mother, Ayda. Several times, she said, IS fighters pointed at her, with Christina in her lap.

Someone gave an order to take out any gold or valuables. The Christians produced whatever they had brought, the IS militants took it all.

As the Christians were bundled into a bus whose windows were smeared with dirt, a jihadist walked up to Ayda. He took her little girl from her arms and just walked away.

Ayda pleaded for her daughter, but the man others called ‘emir‘ – or chief – waved Ayda away with a despising gesture. At gunpoint, she was forced back onto the bus.

Until today, that was the last time Christina’s parents had seen her.

During her absence, Christina was always on the minds of Ayda and the other family members. She was even featured in a play Qaraqosh residents wrote and performed in Erbil as a cathartic approach to their trauma.

The play was referencing the time when Christina will receive a new life in heaven, but for her parents and the rest of the community, today is a day they rejoice that there is still life for her, here on Earth.