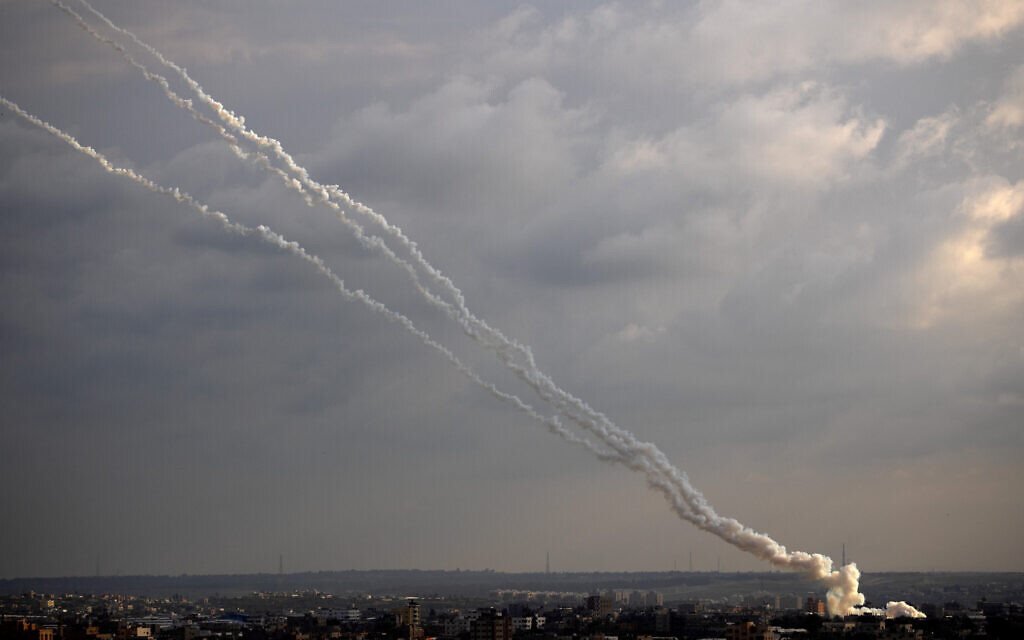 Israel on Wednesday announced it would reopen its border crossings with the Gaza Strip, as well as the coastal enclave’s fishing zone, as a ceasefire with Palestinian terror groups continued to hold days after a violent flareup.

Over the course of Sunday and Monday, the Palestinian Islamic Jihad terror group fired roughly 100 rockets and mortar shells at southern Israel. In response, the Israel Defense Forces launched several waves of retaliatory strikes against the organization in Gaza and — in a highly irregular move — inside Syria.

In light of the relative calm along the border, Israel decided to fully reopen the Erez and Kerem Shalom crossings and to again allow Palestinian fisherman to operate off the Gaza coast, up to 15 nautical miles from the shore.

Israel closed the crossings and fishing zone on Monday as rockets and mortar shells pummeled Israeli cities and towns around the Gaza Strip and left the closure in place Tuesday and Wednesday.

“Following a new situation assessment — and assuming the security stability remains — it was decided to return to service the Erez and Kerem Shalom crossings beginning tomorrow (Thursday) morning. In addition, the fishing zone will return to 15 nautical miles,” Israel’s military liaison to the Palestinians said in a statement.

The Kerem Shalom Crossing functions as the Gaza Strip’s main terminus for commercial goods, as well as fuel, while Erez is a pedestrian crossing used by Palestinian businessmen and workers, as well as people receiving medical treatment.

Israel has routinely used the opening and closing of these crossings and the shortening and extending of the fishing zone over the years as alternately penalty and reward for the Gaza Strip, which many human rights group decry as a form of collective punishment.

The fighting was touched off on Sunday morning when Israel killed a member of Islamic Jihad, who the IDF said was planting a bomb along the border, and then sent a tractor into the Strip to retrieve the corpse, in an operation caught on film that angered many in Gaza and around the world.

The retrieval of the corpse was apparently part of Defense Minister Naftali Bennett’s announced plan to “hoard” the corpses of Palestinian terrorists in order to use them as “bargaining chips” in negotiations for the release of two Israeli men, and the remains of two fallen Israeli soldiers, being held by Hamas in the Gaza Strip.

In response, Islamic Jihad and other Gaza terror groups fired approximately 100 rockets and mortar shells into southern Israel. Some 90 percent of the projectiles heading toward populated areas were intercepted by the Iron Dome anti-missile system, according to the IDF, though one managed to slam into a playground in Sderot, and falling shrapnel caused damage elsewhere. There were no serious injuries on the Israeli side.

An explosion is seen following an Israeli airstrike on Gaza City in response to the firing of rockets by Palestinian terrorists in the coastal enclave toward Israel, February 24, 2020. (Mahmud Hams/AFP)

Israel responded with several rounds of airstrikes in Gaza and Syria, killing at least two members of the group.

The flareup came amid reports of ongoing efforts by Israel to seal a ceasefire agreement with Gaza terror groups, following weeks of intermittent rocket fire and the regular launching of balloon-borne explosive and incendiary devices into Israel.

The agreement reportedly includes significant measures by Israel to ease its blockade of the Strip, which Jerusalem says is in place to keep terror groups in the Gaza from arming or building up defense infrastructure.

As with an earlier flareup in November following the assassination of a high-level Islamic Jihad commander, Hamas appeared to remain on the sidelines during the latest round of fighting, a likely sign of its desire to reach a long-term truce with Israel that would include measures to end the blockade.

Israel and Hamas have fought three wars and numerous skirmishes since the group seized control of Gaza from the internationally recognized Palestinian Authority in 2007.