‘It was a horrifying scene’: On the ground with Christians in northern Syria 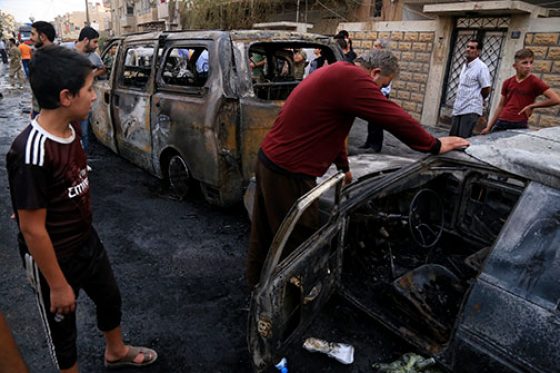 Last Tuesday, the heart of Qamishli, a city in northern Syria, was beating with life. Kids were in school, men and women were at work, shops were open, taxis were driving.

Then the bombs started falling.

Explosions ended the peace in the town on Wednesday afternoon, October 9. Turkey had begun an offensive military action against Kurds in northern Syria. People rushed back to their houses, kids were dismissed from their classrooms and the streets emptied. Life stopped.

George Moushi, the pastor of the Alliance Church in Qamishli, saw the need of the people in this situation. He went out to estimate the damage, to see what he could do for his people. Unfortunately, missiles don’t differentiate between a child or a grown up, between a terrorist or a mother.

Pastor George described the damage he saw on the ground. “Thankfully the bombs didn’t hit the center of the city where the majority of people are,” he says, “but, despite that, there were deaths and people injured.

“Today I visited a Christian family whose house was hit by two missiles. Fadi Habsouna, the father of two children, was injured and lost his house and his shop. His wife was also severely injured in her spine and she is in a critical state. Doctors said she needs surgery and she might be paralyzed forever.”

Pastor George knows this man personally and that the man has no money to afford this surgery and medications, so the pastor helped him out with some money.