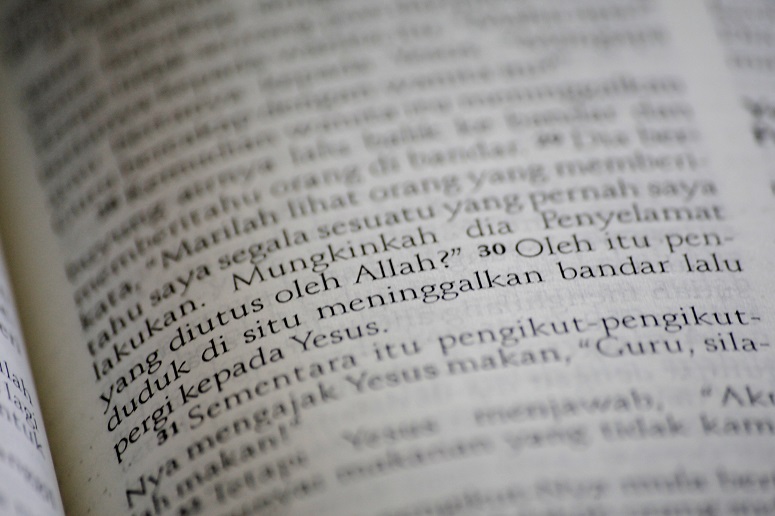 A Bahasa-language Bible, in which the word ‘Allah’ is used for God (World Watch Monitor)

A Malaysian Christian woman’s campaign for Christians’ right to use the word “Allah” for “God” has resumed in Malaysia’s High Court.

Jill Ireland has been campaigning for Christians’ right to use the word ever since immigration officials at a Kuala Lumpur airport seized eight Christian CDs from her in May 2008 because the CDs used the word “Allah” in a Christian context.

After a seven-year legal battle, Ireland was given back the CDs in 2015, but she maintained that the court had failed to address her constitutional right as a Christian to use the word.

As her court challenge resumed on 19 October, her lawyer, Lim Heng Seng, noted that 60% of Malaysia’s Christians speak the Bahasa Malaysia (‘language of Malaysia‘), which uses “Allah” for “God”. He said Christians were never consulted when in 1986 the country banned Christians from using the word, and that the government’s blanket ban was unconstitutional and discriminatory.

The next hearing will take place on 2 November, when the court will hear responses from defence lawyers acting for the Home Minister.

It’s been over two years since the Malaysian government gave back Jill Ireland’s CDs.

Muslim leaders across the world, and UN human rights bodies, decried Malaysia’s decision to ‘copyright’ the word ‘Allah’ for the exclusive use of Malay Muslims.

The Malaysian Catholic Herald newspaper had spearheaded the fight to overthrow the ban, but its final appeal to challenge the decision that it could not use the word in its Malay edition was rejected in January 2015 by the Federal Court, the country’s highest legal authority.

But Ireland has continued to argue that she has the constitutional right to import and possess material that contains the word ‘Allah’ for God. The word (which predates Islam) has been used by local Christians for hundreds of years, since Europeans first spread the religion, long before Malaysia came into existence.

Ireland is Melanau, a group who mainly live in the Borneo states of Sabah and Sarawak, far from Kuala Lumpur, the capital in peninsular Malaysia. Malay is the ‘lingua franca’ of Melanau Christians, so she argued they have a constitutional right to use the Malay term for God.

The decision in Ireland’s favour provided a measure of comfort to Malaysian Christians, whose faith and places of worship had suffered a wave of attacks from Islamic extremists. Churches had been firebombed; copies of Malay language Bibles (also named from the Arabic root word for ‘The Book’ – Al-kitab) seized; effigies of the Editor of the Herald, Catholic priest Lawrence Andrew, set ablaze; and threats made to burn Christian Scriptures.

Ephesians 6:18 -And pray in the Spirit on all occasions with all kinds of prayers and requests.

Proverbs: 28:5- Evildoers do not understand what is right, but those who seek the LORD understand it fully.