PrevMy Wife Turned Me Into The Police For Leaving Islam, Then She Found Jesus
NextMuslims uproot Christians’ crops in ongoing campaign against church in Egyptian village 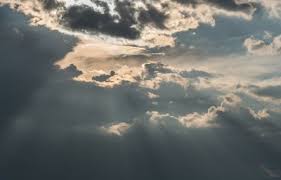 08/23/2018 Washington, D.C.  – International Christian Concern (ICC) has learned that a Khartoum-based court has ordered the authorities to immediately surrender church property belonging to the Sudan Presbyterian Evangelical Church (SPEC). Authorities confiscated the property on February 11, 2018 when the church was demolished.

“The presiding judge today ruled that we should receive back our furniture, Bibles, sound system, stationery, and other items although the demolition case is still pending determination,” said Reverend Yahiya Abdurrahman Nalu. “We see this as a great step towards justice which has remained elusive for a long time, and we hope they will deliver our items soon and in good shape.”

The church was demolished in February when government agents claimed that it was built on public land. “Our appeal is about why the government brought down the church building that was put up in 1989 on a piece of land sold to us by a local person. Other buildings lying in the same stretch as our church were spared during the demolishing because they belong to Muslims. It is this partial application of the rule of law that agitates us,” Reverend Yahiya expressed.

Many churches in Sudan have been demolished since 2014 when the government issued an order banning the construction of new churches and the removal of churches allegedly built on public land. “Our prayer is that the judge will impress upon the government to allow us back to our church plot and compensate us for the damages caused and time lost. If they bring back the church items, where shall we keep them?” added Reverend Yahiya.

Abraham*, the lawyer representing the church, confirmed to ICC that he will go to court again if the items are not delivered within a week. He said, “The government might be playing tricks to soothe and flatter us in order to make us loosen our grip in the cases. We are not going to look the other way and I will go to court if the church doesn’t get the items by Thursday next week.”

The Sudan Presbyterian Evangelical Church (SPEC) is facing three other ongoing lawsuits that include 25 church members accused of disobeying government orders to take over leadership of the church, two pastors evicted from their homes, and an appeal against the Ministry of Guidance and Endowment from seizing a Christian school belonging to the church.

Nathan Johnson, ICC’s Regional Manager for Africa, said, “We are rejoicing over the ruling in this case, but remain wary. We will wait until we hear that this church has received its property until we believe that the Sudanese government will uphold its own rulings in favor of this Christian community. The authorities must also further these rulings by returning the land that they have stolen and ensure that the churches are able to rebuild. We will continue to pray and work on behalf of those in Sudan who are forced from their churches and property due to their faith. We hope to one day see true freedom in Sudan.”