PrevAleppo’s Children Unite Together to Pray for their City.
NextIran Has Fastest Growing Church in World.
Pei Pei Khor

Kyrgyzstan’s parliament has passed a second reading of draft bill to allow a referendum in December on making changes to the constitution. 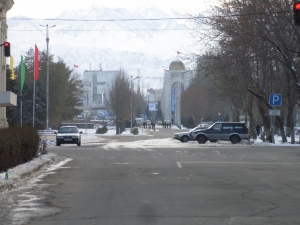 With the MPs vote on September 22nd, the likelihood of a referendum going ahead on December 4th, as planned, has become a virtual certainty. Third readings are typically a formality, and the President has already thrown his weight behind the proposed amendments.

Proposals to change the constitution have come in for strong criticism from civil rights groups, as well as from international bodies like the Venice Commission, an advisory body to the European Council that rules on matters of constitutional law.

One key provision of the reform would see the role of prime minister being bolstered at the expense of the parliament. This has raised suspicions that the President, who is limited constitutionally to one presidential term ending in 2017, may be laying the grounds for his immediate followers to retain a dominant grip over power.

Another change that is causing concern is the introduction of “supreme state values” that would encompass individual human rights, whilst also bringing in concepts such as  “love of the Motherland,” “respect for the elderly” and “the accommodation of tradition and progress.”

The ultimate goal of this appears to be the erosion of individual human rights that many governments in the post-Soviet era see as a threat to their authoritarian rule.

The changes will all be subject to a referendum, which means that they could still be rejected,  but as the Venice Commission has noted, the lack of clarity in the terms of constitutional reforms means it is unlikely that voters will be able to make an informed decision.

“Citizens will not have a clear idea of the changes that they are expected to decide on in a referendum. Asking citizens to engage in such a ‘blind vote’ would dilute the very purpose of popular referenda, and should be avoided,” the commission noted in an evaluation of the proposed amendments in late August.

The Venice Commission urged a open and transparent public discussion on the planned changes, but the government has, instead, looked to silence any objectors. That, in itself, suggests the government is intent on pushing its constitutional amendments through — an act of marginalising the opposition that has, in previous years, led to unrest and turmoil.