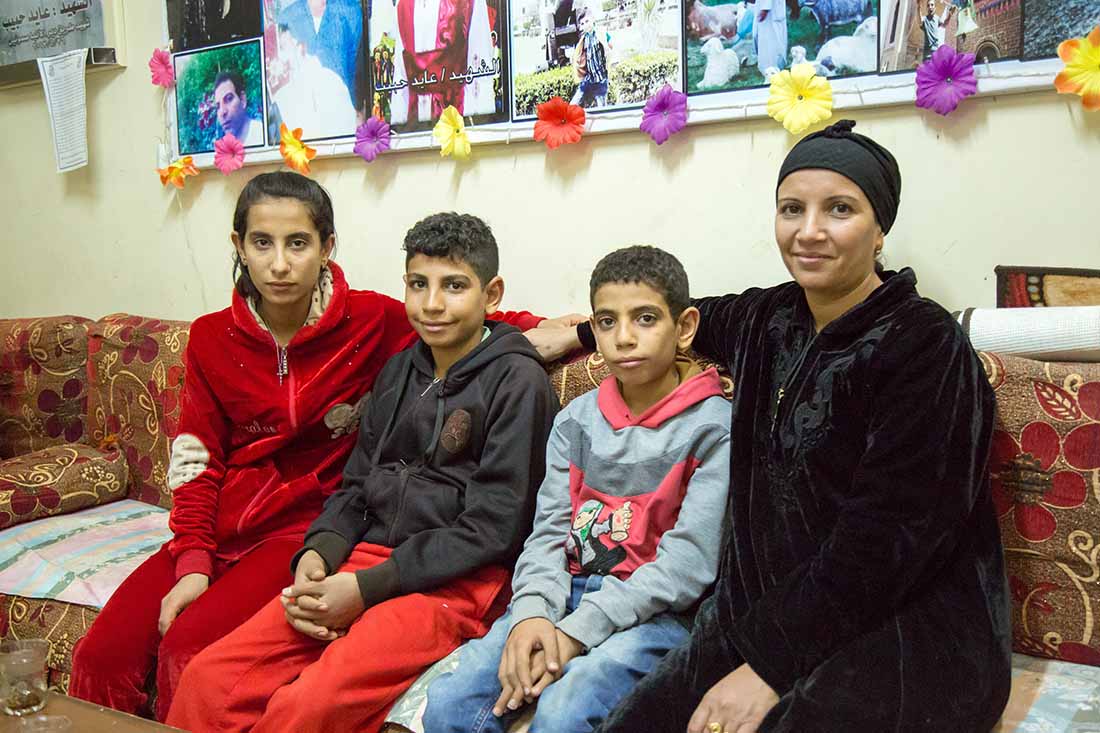 In the spring of 2017, gunmen opened fire on vehicles carrying Coptic Christians on their way to a monastery in the Minya province of Egypt. At least 26 were killed in the deadly attack and 23 were wounded. The dead included children, older adults and laborers. The attack was claimed by ISIS.

An Open Doors partner recently visited with Marco (14) and Mina (10)—two boys who saw their father killed before their eyes after he refused to deny Jesus. Although they are proud of their father’s strong faith, the event has left a wound that they will carry for a lifetime.

As a skilled laborer, Ayad had planned to take his two boys, Mina and Marco, on a trip to Saint Samuel to show them his work. But on their way to the monastery, a terrorist group attacked a bus full of Christian visitors on the road in front of them. Not knowing the attack was underway, Ayad drove ahead…Mina shares first. His eyes stare at the floor, his leg nervously shakes as he retells

the story. “My dad was driving the pick-up truck, and some of his colleagues took a ride with us. We were on the road towards the monastery. Then we heard shouting,” he says. The attackers pulled all of the men from the bus and told them to confess Islam as their religion. If they refused, they were shot. Mina pauses.

Mina’s mother, dressed in black, says, “They told me they dove behind the benches when they heard the shouting. They were so afraid.” Mina continues, “The terrorist shouted he had to convert to Islam. But my father said no. Then they shot him.” One by one the men were forced to step out of the car. All chose Jesus above their human life. Then the terrorists discovered the two boys.

“LET THEM LIVE TO TELL”

One of the terrorists shot at the boys but missed. Then another attacker said, “No, let them live to tell the story.” Then the terrorists left. The boys stood in the midst of the bodies.

Miraculously, he drove the car to a place where they could use the phone. Then they drove back. Their father rested on the road, bleeding. Mina put his little hands on his chest, “This is where they hit them,” then he taps his legs, “And here as well.” “And in his arms,” Marco adds.

The boys tried to lift their father to put him in the pick-up truck to get help, but it didn’t work; their bodies weren’t strong enough to lift him. Not much later the father of Marco and Mina went to heaven—to the God he refused to deny.

And now the two boys and their older sister have to live without a father—their mother without a husband. Only through the big pictures in the room is their father still with them.

• Pray for God to comfort Mina and Marco in their grief and loss. Ask God to use their church and family to provide the critical support they need in the absence of their father.
• Pray for justice. Pray that this terrible event will draw the attention of world leaders to focus more heavily on human rights and religious freedom in Egypt.
• Pray for Mina and Marco to grow up with a strong faith—carrying the legacy of their father—in the face of intensifying persecution in Egypt.