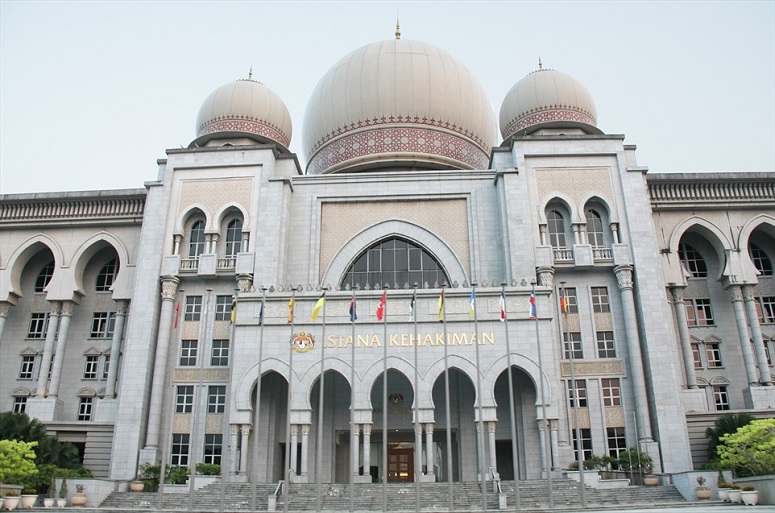 Malaysia’s highest court dismissed an appeal today (27 February) against four appellants who wanted to be formally recognised as Christians.

The five judges of the Malaysian Federal Court ruled that in matters of conversion away from Islam, it was necessary for them to consult the Islamic Sharia courts.

The president of the court, Tan Sri Zulkefli Ahmad Makinudin, said the decision was unanimous.

He added that even though there are no specific provisions in the Sharia ordinance over conversions out of Islam, the religious court still has legal authority on what he termed “apostasy”.

Three of the appellants had previously converted from Christianity to Islam when they married Malay-Muslim spouses, but now want to affirm their Christian identity again. The fourth is a Malay-Muslim who embraced the Christian faith and was baptised in 2009.

The Federal Court, sitting in Kuching, the capital of Sarawak state, yesterday (26 February) heard the joint appeal of the four appellants who want their conversions legally recognised. The judges then adjourned their decision to today.

The lawyer for the appellants, Baru Bian, an opposition politician and a campaigner for the customary rights of indigenous Malaysians, many of whom are Christian, had been optimistic that the judges would base their decision on the substance of the country’s civil law.

He said the argument of the state was that Sarawak Shariah Court Ordinance 2001 “has provisions on conversion into Islam”. Since there is no provision for those who want to leave the faith, he argued that the civil court should have jurisdiction.

Three of the appellants – Mohamed Syafiq Abdullah, who has taken the name Tiong Choo Ting; Jenny Peter, who was formerly Nur Muzdhalifah Abdullah; and Salina Jau Abdullah – converted to Islam in order to marry Muslims. All four were asking the Federal Court to have their names and their faith changed on their national identity cards.

The fourth appellant, Syarifah Nooraffyza Wan Hosen, is ethnic Malay and was raised as a Muslim. In her declaration she said she no longer practises Islam and was baptised in 2009. She wants her identity card to record her new faith and a new name, Vanessa Elizabeth.

According to local media, all four were required to undergo counselling for renouncing the Muslim faith. But they have remained adamant they want to renounce Islam, and have signed statutory declarations expressing this desire.

All four remain Muslims as far as official documentation is concerned.

Critics accused the court of failing to understand its powers to rule on an individual’s choice of religion. “It means that freedom of religion, which is a constitutional right and a matter for the civil court, is subservient to Islamic laws,” one Christian human-rights campaigner said.

Islam is considered intrinsic to the identity of Malaysia’s majority Malay people, and under Sharia (Islamic law), renouncing Islam is viewed as apostasy, a crime, although liberal Muslim theologians argue that conversion is a matter for the individual. Many of the country’s sizeable Buddhist, Christian and Hindu populations are of non-Malay heritage.

In recent decades Islamists have become increasingly vocal in their demands that Malaysia be governed as a Muslim state, and analysts say the spread of a more conservative interpretation of Islam lies behind the rise in attacks on churches and church leaders.

At the same time, civil courts have handed jurisdiction over Islamic religious matters to the Sharia court system and at times taken a policy of non-interference between the two courts. This has left people wishing to leave Islam in legal limbo.

According to Malaysia’s constitution, the country is a secular state with Islam as its main religion. However, Islamists refute this, saying that the colonial-era charter of rights is no longer valid, and they demand the precedence of religious law.