PrevChristian convert in Laos refuses to denounce faith even after his family beat him
Next600 Days Have Passed, Vietnamese Christian lawyer Nguyen Van Dai Still Imprisoned 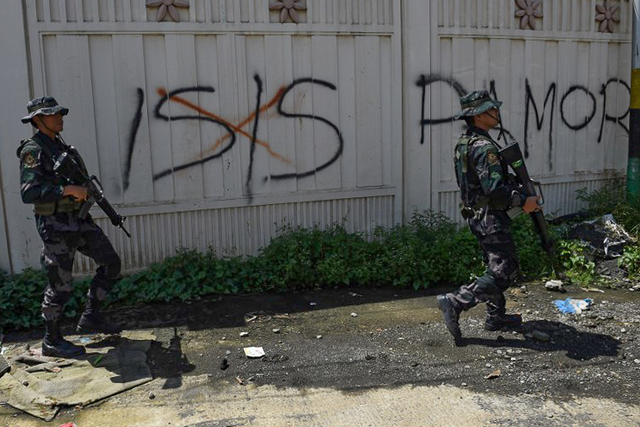 MANILA, Philippines – That some children from Marawi look up to Islamic State of Iraq and Syria (ISIS) members as heroes shows how little they know about the group and its harmful intentions to Muslim communities, said the Armed Forces of the Philippines.

Its spokesman, Brigadier General Restituto Padilla, underscored the need for these children to undergo debriefing by the right organizations to help them understand the Marawi conflict.

“Because they don’t understand what is happening around them so it is only right for organizations to explain to them to enlighten their young minds,” said Padilla in Filipino on Friday, July 28, during a Palace news briefing.

In the first two or 3 weeks of the conflict which began on May 23, the military had observed that some Marawi youth aspire to join Muslim extremists groups.

It was reported to them by civil society organizations who had visited evacuation centers with Marawi children.

“And it was found out through their sessions that indeed yes, there are some, not all, members of the youth who idolize and say they want to be part of the enemy groups,” said Padilla.

To guide the youth, he said the AFP has partnered with non-governmental organizations and other groups to conduct “psychological debriefing, stress debriefing and alternative activities.”

Some activities being done for the children in evacuation centers are sports and games.

In fact, it was during the holding of such games when Philippine Sports Commission (PSC) staff heard Marawi children say they want to be ISIS members when they grow up.

PSC chairman William Ramirez spoke of this in a Thursday press briefing.

“It was written by our coaches when we had our children’s games for peace that some, if not many of these Marawi bakwit children, considered ISIS as their heroes,” he had said.

Some of the children, after participating in the 5-day sports activities, confessed they initially thought they could not trust Christians, said Ramirez.

He said poverty and neglect by government are major factors why some people in Mindanao choose to join terror groups. – Rappler.com