PrevChina Accuses Christians of Being an “Evil Cult”
NextFirst Christmas Parade in Decades in Lahore, Pakistan. 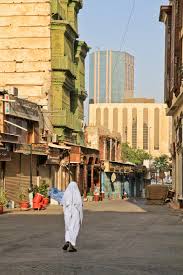 Saudi Arabia saw more Christians celebrating the birth of Jesus Christ this year than ever before, despite the strict prohibitions imposed by authorities.

David Curry, president and CEO of Open Doors USA reported: “The number of Christian converts from Islam and other religions is increasing, along with their boldness in sharing their new faith. But they have to be careful. A lot of persecution can come from family or society, rather than the government.”

The Saudi government does not conduct any census about religious faith because, as far as they are concerned, there are no Christians in the country. However, many believe that out of a population of 30 million, 1.2 million of them, mostly expatriate migrant workers who don’t have citizenship, are Christians.

Since any overt Christian displays are not allowed in Saudi Arabia, Christian residents try to get creative every Christmas.

“I fly back to Saudi Arabia almost every Christmas. We pray in little groups,” shared an 18-year-old women.

She added that non-Saudi Muslims often join Christmas festivities, and they do so because they want to learn new things. They even decorate their homes with Christian symbols, Santa stockings, stars and tinsel. However, they don’t display any seasonal decorations outside their homes.

However, as wonderful as this might be, there is concern over the welfare of Christians in Saudi Arabia. Jeff King, president of the International Christian Concern (ICC), said those who engage in Christmas celebrations of any kind are putting themselves at risk of violating Saudi’s strict religious laws.

“The Christmas season – often a season where Christians around the world are most visible – is a tense time for Christians in Saudi Arabia, who have to celebrate the holiday in secret, risking arrest and deportation,” he said.

Malachi 1 vs 11: “For from the rising of the sun to its setting my name is great among the nations … “