PrevChurch in Cambodia Growing.
NextChurches in Aceh Meeting in Tents, but Growing.

The mainstream media may not be reporting it, but Christian persecution is at an all-time high and continues to increase in Tajikistan and across Central Asia. 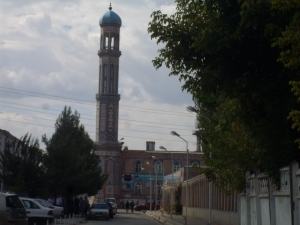 Seventeen-year-old Sitora of Tajikistan recently became a Christian. Within a few months of giving her life to Jesus, she began to face brutal persecution… from her own brother.

“I came home one night and my brother told me he didn’t think I was a good Muslim anymore,” shared Sitora.

“I told him that I had become a Christian and he began to violently beat me. He had been using drugs and beat me very severely. When the rest of my family came home and tried to help me, he began to threaten them. He wouldn’t allow them to take me to the hospital.”

Sadly, Sitora’s story is common in this region, where family members don’t just disown, but violently beat and abuse anyone who converts to Christianity.

Thankfully, organisations such as Interserve and Open Doors International are helping such people, by providing safe houses for them to escape to. These houses not only offer physical safety, but a place for spiritual encouragement, trauma counselling and other vital assistance as well.

Sitora suffered a broken nose and bruises all over her body for her faith in Jesus, and other believers continue to endure persecution that’s even worse.

However, through prayer and the support provided by the safe houses, they are helped to survive, carry on and continue living out their faith in one of the most hostile regions in the world.

Psalm 36 vs 7: “How priceless is your unfailing love, O God! People take refuge in the shadow of your wings.”