Muslim Doctor Abused for Treating a Christian Man in Pakistan.

A Muslim medical doctor in Pakistan has been harassed and received death threats because he treated a dying Christian man in hospital. 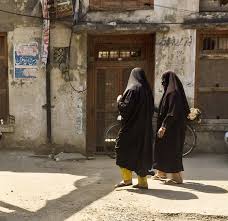 The unnamed doctor said the Christian man arrived at the hospital, needing urgent medical treatment for his kidneys. No one else was caring for him, so the doctor gave him the dialysis, using medicine donated to the hospital through a form of Islamic alms-giving called zakaat.

Immediately after administering the medicine, a nurse became angry because the patient was a Christian, which means that he was forbidden from either receiving or using anything associated with Islamic alms giving.

The doctor explained that he wasn’t aware of such regulations and he didn’t know the man was a Christian. He bought new medicine to replace what he had used, hoping it would put an end to the controversy.

He didn’t know it was just the beginning of what would be a string of harassments and death threats against him.

His department conducted an inquiry about the situation, which was very biased against him.

“The workplace discrimination gave way to threatening phone calls and vandalism of my car and bike,” he said in the Guardian’s article. “I was threatened with death at a medical conference hosted by the chair of the same NGO which had complained about me.”

Eventually, the situation became so bad that he and his wife decided to seek political asylum in the States, where they are now staying.

“Humanity is the core of any religion,” he concluded. “I faced backlash that would change my life forever. But, in the name of humanity, I deem that it was all worth it.”