Myanmar “Protection of Race and Religion” Laws Under Scrutiny by UN.

PrevPray for the Muslim World over Eid -al Fatr, the End of Ramadan.
NextThe Plight of Christian Refugees in Libya.
Pei Pei Khor

The government of Myanmar will seek to defend a package of four controversial “protection of race and religion” laws at a key UN meeting on discrimination against women in Myanmar, being held in Geneva tomorrow, 8th July. 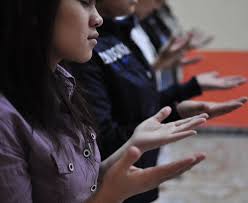 The legislation, which includes measures giving authorities the right to restrict how often women are allowed to give birth, has drawn local and international condemnation for oppressing women’s rights and deliberately discriminating against Myanmar’s Muslim population.

It was introduced last year under the previous, military-backed government, following pressure from hardline nationalist, Buddhist monks, and despite widespread objections from women’s rights groups, some members of which reported receiving death threats from extremists for their opposition to the laws.

A panel of global experts in Geneva will convene tomorrow to question a delegation of government representatives on whether the laws breach the convention on the elimination of all forms of discrimination against women (CEDAW), to which Myanmar became party in 1997.

Myanmar’s new government has submitted a written statement to the UN’s CEDAW committee, denying that the laws go against the convention.

The legislation has been condemned by human rights groups, including Amnesty International and Human Rights Watch, as being an attempt to curtail religious conversion and prevent Buddhist women from marrying outside their faith.

Fears have also been raised that the law related to birth-spacing could be used to enforce population control measures against the largely stateless Rohingya Muslim population in Rakhine State, who already face legal attempts to suppress their birth rates.

Ezra 8 vs 23: “So we fasted and petitioned our God about this, and he answered our prayer.”