Nepalese Christians Struggle to Find a Place to Bury their Dead 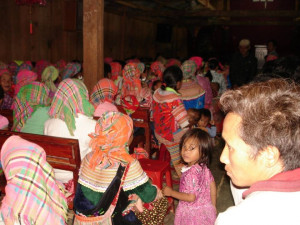 Nepalese Christians are having difficulty obtaining rights to their own burial grounds and are being forced to bury their dead in nearby forests at night, according to a Christian lobby group in Nepal.

C.B. Gahatraj, general secretary of the Federation of National Christians, Nepal (FNCN), said in an interview with The Christian Post, that there have been reports that the deceased Christians were dug up from the ground and dumped at the homes of the relatives or discarded on the streets.

Gahatraj noted that Christians who bury their dead in the forests are at risk of legal consequences if they are caught, and they would then have to dig up the remains and relocate them elsewhere.

“If Christians refuse to dig out the bodies of their relatives, in some cases Hindu radicals have, themselves, dug out the bodies, and taken [them] to the Christian relatives’ home, and in other cases have just left the dead bodies on the streets,” he stated.

Christians have held hunger strikes to protest the burial ban, which has resulted in an agreement to temporarily allow a cemetery for Christians, according to Gahatraj.

He said that the Christian church is continuously growing, despite the hardships they are facing, and there are currently over 10,000 houses of worship, but they are struggling to get registered with the government and be officially recognised.

Whilst Nepal is officially a secular state, there are prohibitions against proselytising, and Gahatraj explained that people are allowed to practice their religion, but they are forbidden from sharing their faith with others.

FNCN is continuously negotiating with the government to stop harassment of Christians.

Isaiah 1 vs 17: “learn to do good; seek justice, rescue the oppressed, defend the orphan, plead for the widow.”